The iPhone Accounts for 52% of Global Mobile OS Market [MAP]

This weekend I attended TEDxVancouver, and it was a fantastic experience that was very inspirational. One of the speakers, Kara Pecknold had an interesting talk about design, and referred to the iPhone. When she asked the audience of 1000 people who had an iPhone, roughly 75-80% of the crowd raised their hands. 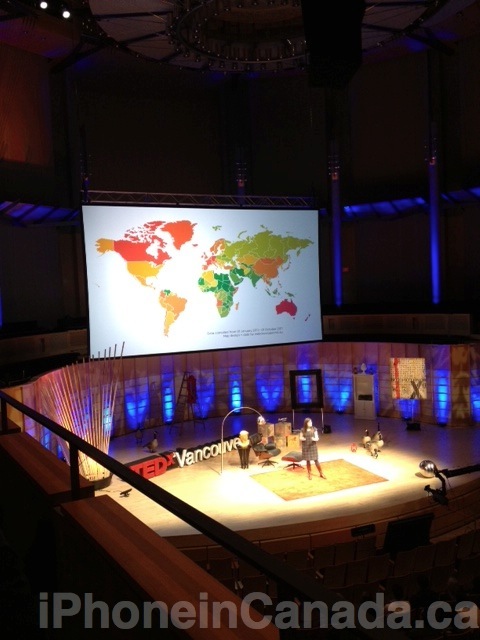 She showed an interesting graphic of the world, compiled by Australian firm, Drawstring. Using data from January to October 2011 from Wikipedia and NetMarketShare, they created the following world heat map of iPhone OS global marketshare: 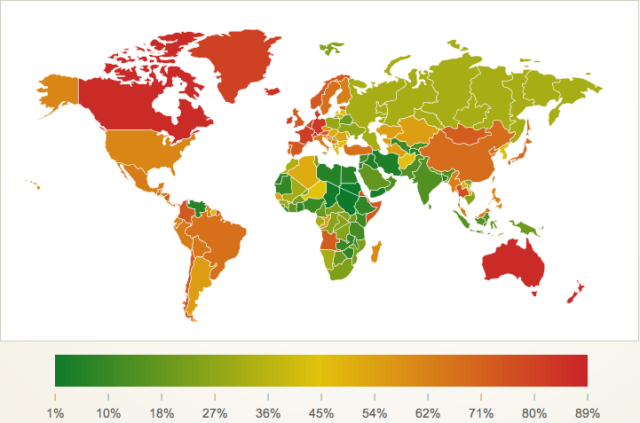 iPhone marketshare in Canada according to the heat map comes close to Australia. Recent comScore numbers revealed the iPhone 4 is the most popular cellphone in Canada. Further data revealed about 1.8 million iPhones in Canada (out of 20 million wireless subscribers), edging out 1.6 million Blackberrys.

The latest iPhone 4S set a record with over 1 million pre-orders in its first 24 hours. Recent data from NDP revealed the iPhone 4 and iPhone 3GS continue to dominate the U.S. smartphone sales. This holiday quarter for Apple is set to be the biggest iPhone quarter yet.