Another week, and another episode of The iPhone Podcast. This week in episode 19, Justin Luey and I discuss some of the hottest stories centred around the iPhone, iPad and iOS. In particular, at the end of each show we talk about some of the latest buzz-worthy apps that you must download. 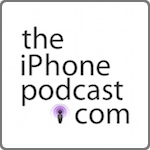 Episode 19 is brought to you byÂ Blue Microphones andÂ Audible
You can support the podcast by downloading a free audiobook atÂ Audible, the free book is yours to keep even if you cancel your subscription