If you aren’t aware, we have started a new podcast called The iPhone Podcast. This is a new project started by myself and Justin Luey. Last week’s episode was downloaded and listened by so many of you that iTunes boosted us up to the #1 podcast in Canada! Thanks to everyone for checking out the podcast and providing us with feedback.

Our latest episode is now live and can be downloaded in iTunes, your computer, or streamed live. It features a segment from the jailbreak pros of Dusty and RoryPiper fromÂ iEvolution.ca.Â Click here to check it out. I had a minor mix up with a mic setting but that won’t happen again. 😉

Here’s a capture of what was discussed on the show. You don’t want to miss this episode! 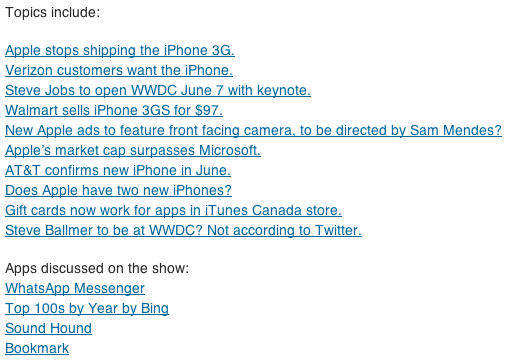 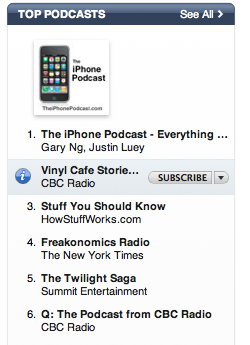 Grab a beverage, sit back and enjoy the show!