We’re currently spotlighted under the “New and Noteworthy” section in iTunes and in the #4 spot under Top Charts.

This weekâ€™s episode also features another jailbreak segment from the one, and the only, Rorypiper fromÂ iEvolution.ca 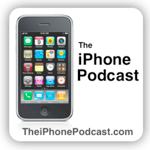 Episode 8 is brought to you byÂ Blue Microphones andÂ Audible
You can support the podcast by downloading a free audiobook atÂ Audible, the free book is yours to keep even if you cancel your subscription.