The NYT Profiles How the U.S. Lost Out on Manufacturing the iPhone 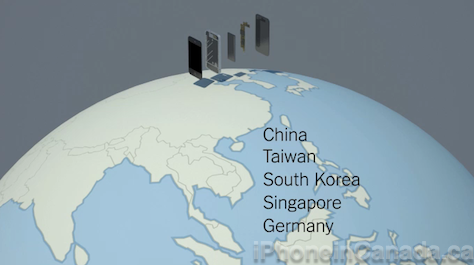 As much as we love to see ‘Designed in California‘ on our Apple products, the reality is not much is actually manufactured in the U.S. Apple has outsourced its production of products overseas to more efficient and lower cost alternatives that can scale much quicker than anywhere else on the planet.

The New York Times has a fascinating article that details how the U.S. lost out on iPhone production and gives examples of how China has emerged as a powerful player for large U.S. companies to outsource to, in particular Apple. Goods have been made in China for the longest time–but this new wave of instant overnight churning out of electronics is something we’ve never seen before at such a massive scale. Here’s an excerpt:

Apple executives say that going overseas, at this point, is their only option. One former executive described how the company relied upon a Chinese factory to revamp iPhone manufacturing just weeks before the device was due on shelves. Apple had redesigned the iPhone’s screen at the last minute, forcing an assembly line overhaul. New screens began arriving at the plant near midnight.

A foreman immediately roused 8,000 workers inside the company’s dormitories, according to the executive. Each employee was given a biscuit and a cup of tea, guided to a workstation and within half an hour started a 12-hour shift fitting glass screens into beveled frames. Within 96 hours, the plant was producing over 10,000 iPhones a day.

“The speed and flexibility is breathtaking,” the executive said. “There’s no American plant that can match that.”

Accompanying the article is a video called The iPhone Economy, that documents how the outsourcing of manufacturing has resulted in the loss of other related jobs, and is why the current economic situation in the U.S. is in such dire straits.

Check out the NYC article here.