We know a few more details regarding the upcoming Apple TV+ production with comedian Jon Stewart. 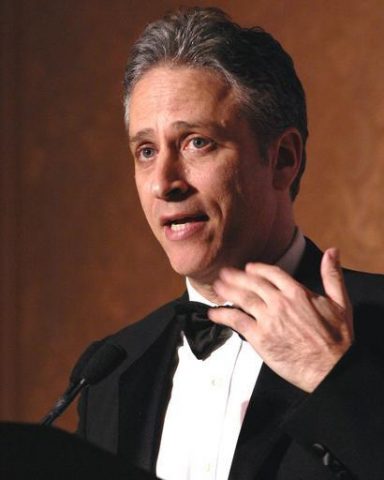 Apple today announced that the previously untitled series now has a title: The Problem With Jon Stewart. It’ll be Stewart’s first show since he left The Daily Show back in 2015.

As announced last October, The Problem will be an hour-long series that takes an in-depth look at one topic per episode, including issues that are “currently part of the national conversation” and subjects relevant to Stewart’s advocacy work.

Stewart will host and executive-produce the show, and each season will also feature a companion podcast that furthers the discussion on each topic.

‘The Problem with Jon Stewart’ is a multiple season, one-hour, single-issue series which will explore topics that are currently part of the national conversation and his advocacy work. Each season of the series will be further explored in a companion podcast to continue the discussion.

CBS Evening News veteran Brinda Adhikari will be the showrunner, with The Daily Show alum Chelsea Devantez serving as head writer. Lorrie Baranek will be the executive in charge of production.

There’s no specific premiere date listed in today’s announcement, other than sometime in the fall of this year. But, with the release date not too far off, we should know more soon enough.