If you haven’t figured it out already, iOS 5 enables native support for the Emoji keyboard (instead of previously downloading an app, or installing a tweak from Cydia), to allow users access to the plethora of neat little emoticons. To do so, just go to:

After you’ve added the Emoji keyboard, or any other keyboard, you’ll notice Siri’s dictate key beside the spacebar changes from dark to light grey. What’s up with this change in colour? 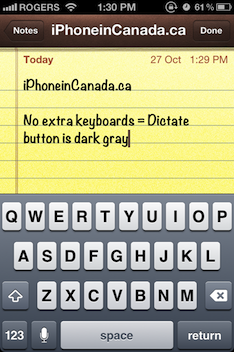 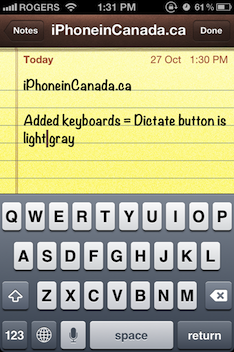 After discussing with a friend over the matter, we experienced a classic Apple ‘surprise and delight’ moment. The reason for this is Apple has made the dictate icon an extension of the space bar, to compensate for the addition of the new ‘globe’ icon to access additional keyboards.

Try it out yourself. When you’re typing quickly, the light grey dictate key becomes the space bar. If you pause or hesitate your speed ever so slightly, magically, it morphs back to the dictate key again.

After iOS 16.1 beta users discovered Adaptive Transparency enabled for the original AirPods Pro and AirPods Max, we’re now finding out this is actually a “bug”. That’s according to what Bloomberg’s Mark Gurman shared on Monday morning, citing the MacRumors report. “I’m told this is a bug,” said Gurman in his retweet. He later clarified the […]
Gary Ng
6 mins ago