On product listing pages for Apple’s AirPods and BeatsX headphones, the retailer says open products are no longer eligible for refund or exchange. So for example, if you buy AirPods at The Source, try them on and they don’t fit your ears, you won’t be able to return them for a refund or exchange.

Other retailers, such as Best Buy or an Apple retail store, allow customers to return open box products within 14-15 days. But it appears The Source does not allow this on these select in-ear Apple products. 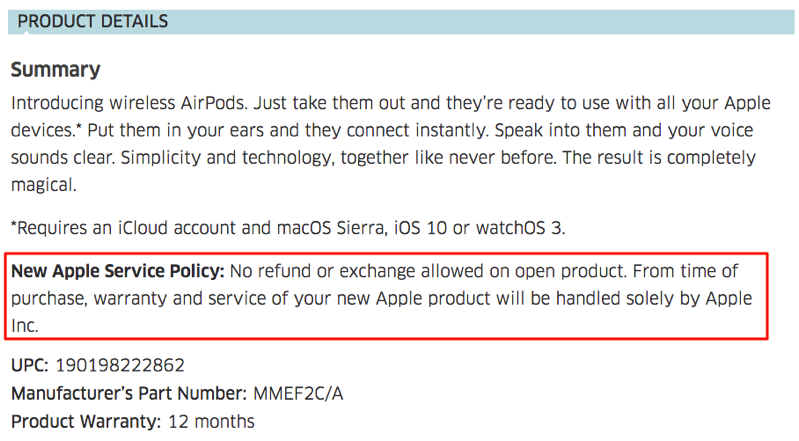 New Apple Service Policy: No refund or exchange allowed on open product. From time of purchase, warranty and service of your new Apple product will be handled solely by Apple Inc.

So let it be known if you’re about to buy AirPods or BeatsX headphones at The Source, they are essentially considered final sale. Other product listing pages such as Apple Watch and other Beats headphones don’t mention this policy, so it appears to only apply to AirPods and BeatsX wireless headphones (for now).