in 1985, Steve Jobs left Apple and founded Next Inc, a computer platform development company specializing in the higher-education and business markets. One year later, he recruited the renowned graphic designer Paul Rand to create a brand identity costing over $100,000. Rand created a 100-page brochure detailing the brand, including the precise angle used for the logo (28°) and a new company name, NeXT. 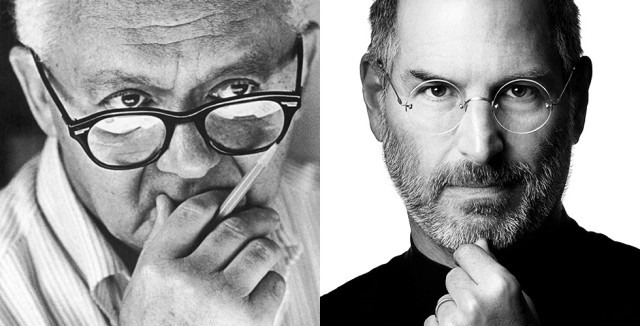 Paul Rand, who died in 1996, was best known for his corporate logo designs, including the logos for IBM, UPS, Enron, Westinghouse and ABC. His idea that the expert chooses the best solution was seen firsthand by none other than Steve Jobs, they reason why he hired him to create a corporate identity for his company. Jobs called Paul Rand “the greatest living graphic designer” before his death in 1996. When interviewed about their work together, Steve Jobs recalled this exchange:

“I asked him if he would come up with a few options, and he said, ‘No, I will solve your problem for you. And you will pay me.” 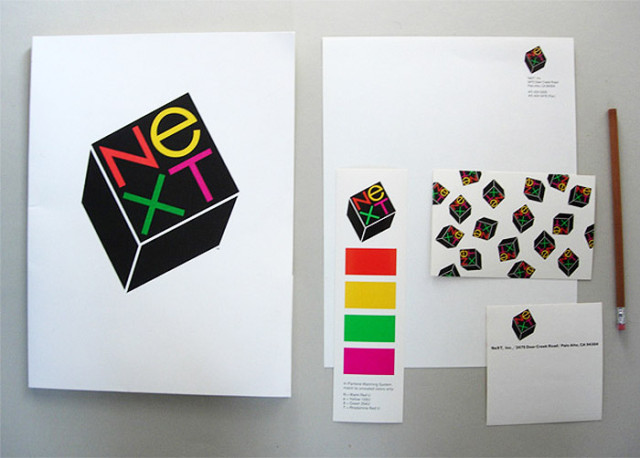 Citing from the source via Sachin’s Space:

Jobs had a unique appreciation for the value of design and allowed designers to flourish in a way that is rarely seen in business.

This mutual respect led to some of the most beautiful industrial design and revolutionary products in human history. Talented designers like Jonathan Ive and others, serendipitously met one of the most visionary CEOs in history. This allowed designers to create products, experiences, and interactions based on what was important to the people using them. It doesn’t seem revolutionary, but the trust and freedom offered by Apple stands apart in a world where designers are often forced to base their designs on what is important to a committee and to the fearful levels of corporate structure.

This practice was frequently criticized by one of graphic design’s most legendary figures, Paul Rand, who wrote, “The designer who voluntarily presents his client with a batch of layouts does so not out prolificacy, but out of uncertainty or fear. He thus encourages the client to assume the role of referee.”

Check out the interview with Steve Jobs about working with Paul Rand, by Doug Evans and Alan Pottasch in 1993:

YouTube is catching up to Twitch and is now offering support for YouTube Emotes. These custom images can be used across the platform while interacting with chat and the comments in a video. Currently, YouTube is supporting a variety of Gaming Emote. In a YouTube Help blog post, a community manager highlights the fact that...
Steve Vegvari
45 mins ago