The Voice Behind the UK English Version of Siri is Revealed 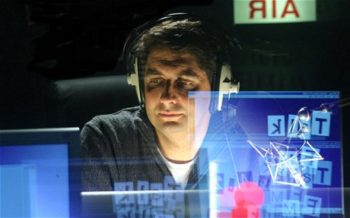 The voice behind the UK English version of Siri has been revealed as Jon Briggs, a former tech journalist. Briggs formerly recorded voiceovers as ‘Daniel’ for the company Scansoft, that was later swallowed up by Nuance, the company whose technology Apple utilized in Siri.

The notoriously secretive Apple has, it should be said, asked Briggs not to talk about Siri – “We’re not about one person,” they told him – but, since Briggs pointed out that he had never had a contract with them, the company has not been back in touch.

“I did a set of recordings with Scansoft five or six years ago, for text-to-speech services,” says Briggs. “Five thousand sentences over three weeks, spoken in a very particular way and only reading flat and even. Then they go away and take all the phonics apart, because I have to be able to read anything you want, even if I’ve never actually recorded all those words.”

Briggs was asked to keep quiet about his role with Siri by Apple. He only found out he was the ‘voice’ when he saw a demonstration of Siri on TV–and heard his own voice. What a way to find out you are now part of Apple’s new humble assistant.