Forbes contributor Caleb Melby and JESS3 CEO Jesse Thomas launched their much anticipated illustrated novel, The Zen of Steve Jobs last month. The comic book takes a closer look at the relationship Steve Jobs had with the Zen Buddhist, Kobun Chino Otogawa, with a mixture of fact and fiction:

Kobun was a Zen Buddhist priest who emigrated to the U.S. from Japan in the early 1970s. He was an innovator, lacked appreciation for rules and was passionate about art and design. Kobun was to Buddhism as Jobs was to the computer business: a renegade and maverick. It wasn’t long before the two became friends–a relationship that was not built to last.

This graphic book is a reimagining of that friendship. The story moves back and forward in time, from the 1970s to 2011, but centers on the period after Jobs’ exile from Apple in 1985 when he took up intensive study with Kobun. Their time together was integral to the big leaps that Apple took later on with its product design and business strategy.

Told using stripped down dialogue and bold calligraphic panels, The Zen of Steve Jobs explores how Jobs might have honed his design aesthetic via Eastern religion before choosing to identify only what he needs and leave the rest behind.

Melby and Thomas have ensured their book will meet the expectations of Apple fans since they have painstakingly paid attention to illustrative details to create an 80 page comic that includes alternate covers, a making of, and more:

Our Methodology: Apple fans expect nothing less than perfection, and that weighed heavily in all aspects of making our debut book. Attention to detail was critical: From the hand-written page numbers to innumerable revisions to the bridge of Jobs’ nose, each page was carefully crafted. For the style, we settled on thick charcoal lines to emulate calligraphy, a central theme of the book. Clashing lines and shadows, augmented by a muted color palette, mirror the themes of Ma and spaces. 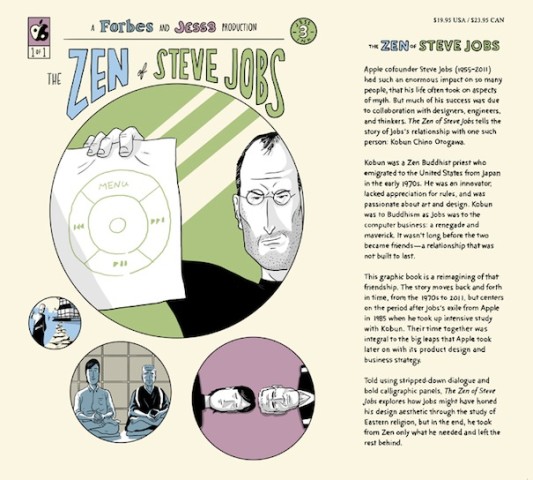 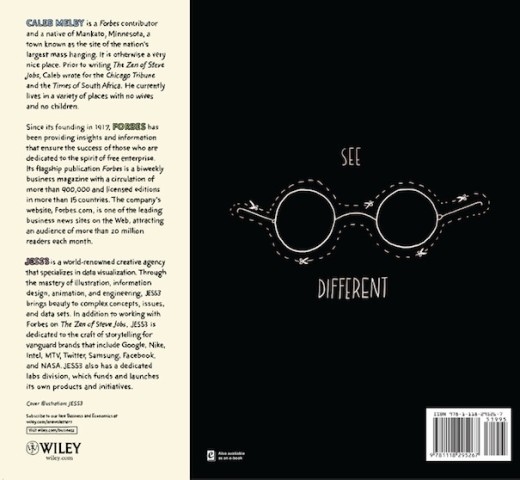 The book, based on previews, actually looks pretty neat seeing Steve Jobs in a comic book setting. More about Steve Jobs and his love of Japan can be read about from this fascinating Nippon article.

Click here to check out The Zen of Steve Jobs at Amazon.ca for $17.71.