theScore Explains Why 6 Feature Editors Were Laid Off

This morning on social media former employees of theScore let it be known they were let go by the company, including numerous popular features editors, such as Drew Fairservice:

The company has now released a statement on the personnel moves, to note six features editors have been let go, part of changes to merge feature news into the main mobile newsroom, which the company is calling a “strategic decision to consolidate our mobile news team into a single group in order to fully focus on producing the kind of mobile-first content our users have come to enjoy.”

In connection with these changes, six of our feature editors have left theScore. We thank them for all their work and wish them the very best for the future.

Other members of the feature writing team will be integrated into our 34 person-strong mobile newsroom and we will also be hiring additional news editors and expanding the physical footprint of our newsroom to accommodate our growing team.

The company noted they now have an average of 5.5 million monthly active users as of their latest quarter. 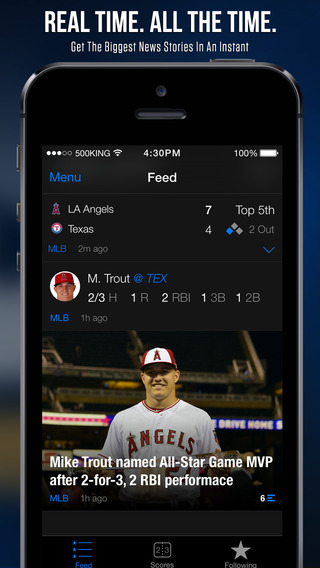 This morning, the company also pushed out a major MLB update to its iOS app to bring enhanced box scores, more stats/graphics and game details.

Back in 2012, Rogers acquired theScore TV network in a $167 million deal, while also netting a 10 percent investment in theScore mobile division.