theScore, an app for iOS and Android, is designed to give users the best mobile sports experience with live scores, stats, news, alerts, and more.

As 2013 comes to a close, theScore has announced they’ve reached five million monthly active users, up 26 percent year-over-year. The accomplishment comes in a year in which they released their biggest update ever, bring a new features and a new design for iOS 7. 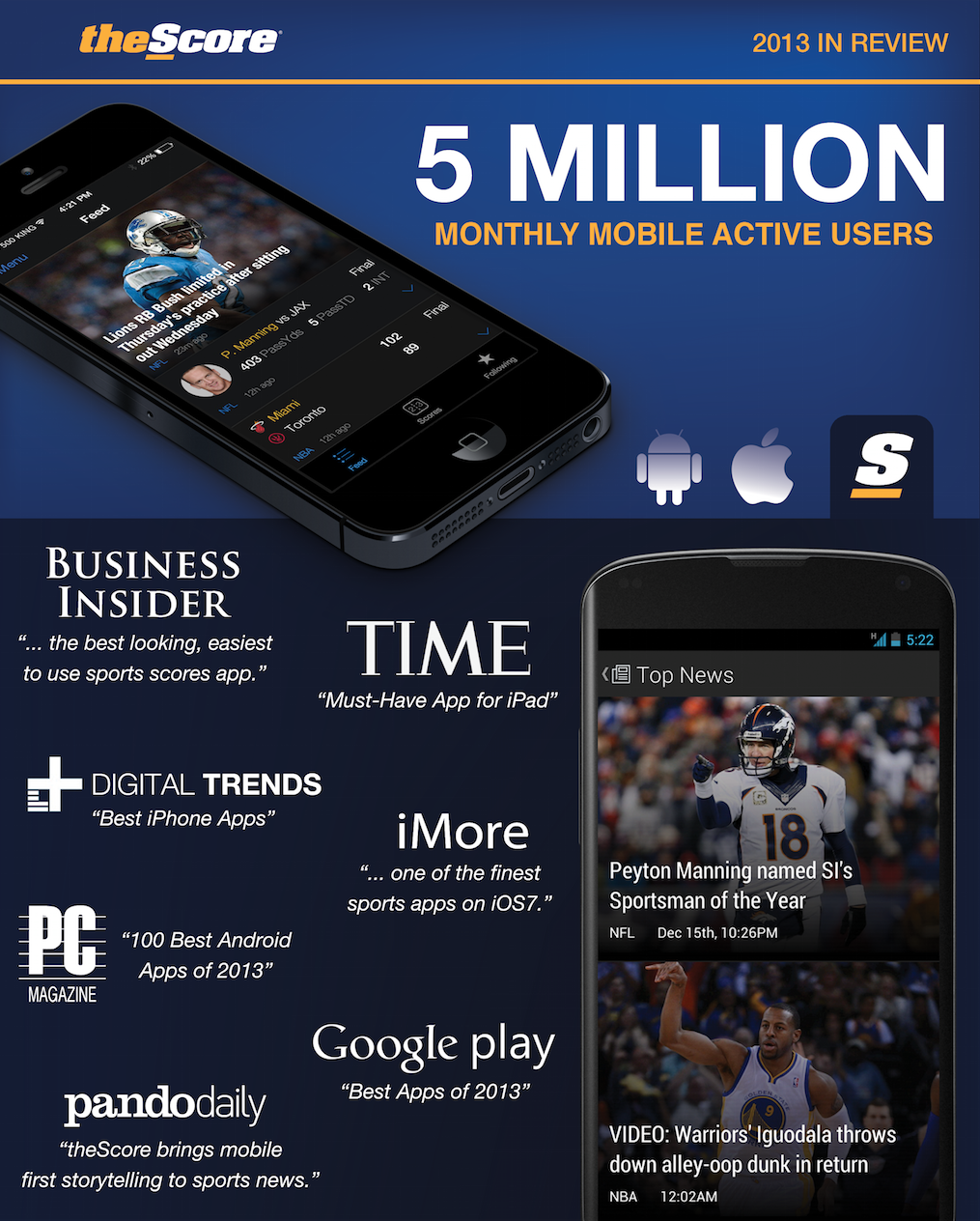 To support this, we built a 35-strong mobile-first newsroom, powered by an in-house, custom-designed Content Management System (CMS) that allows writers and editors to deliver “snackable” mobile news quicker than ever.

We became the first multi-sport news and data app to deliver Player Alerts – a perfect tool for fantasy sports fans. More recently, we gave sports fans a new integrated, hyper-personalized way to get mobile-first scores, stats and news for all their favorite teams and fantasy players with “Feed.” We were also the first sports app to be completely optimized for iOS 7.

theScore also picked up a number of awards this year including Time Magazine naming it a “Must Have iPad app,” and iMore placing them in their Best Sports App category.

With mere weeks remaining in Ian Scott's term as chairman of the Canadian Radio-television and Telecommunications Commission (CRTC), one telecom expert has said his tenure has proven "disastrous for public confidence" in the regulator. "I think it’s been disastrous for public confidence at the CRTC at the very time that the government wants to hand...
Nehal Malik
42 mins ago