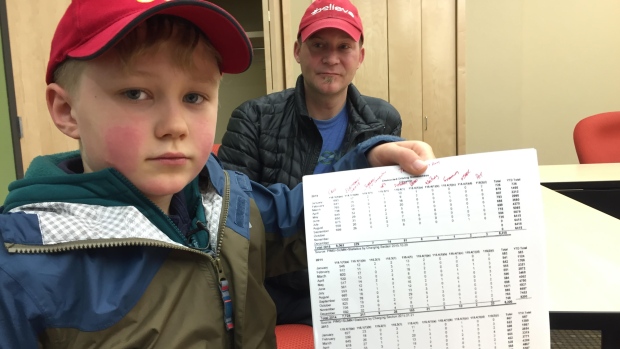 According to a report from CBC, a third grade class in Calgary caught 460 distracted drivers within a month.

Eight-year-old TJ Lorenson has enlisted his classmates at Langevin School to help catch distracted drivers. When the third grade students see an instance of distracted driving they are told to record the data and bring it to school.

The students came up with a month-long total as a part of their on-going class project, which has caught the attention of police. Const. Steve Ross with the Calgary Police Service’s Community Youth Section recently met with TJ to go over the data the class had collected. Ross said:

“It’s really awesome when somebody like TJ gets involved in educating kids on safety, and distracted driving is a pretty big issue right now in the city.”

They also compared the data they collected to actual police data that TJ and his father, Dean Lorenson, obtained through a freedom of information request. Both sets of data show a steadily increasing frequency of tickets issued for distracted driving since the law was put in place in 2011.

In 2011, Calgary police handed out an average of 346 tickets per month. Fast forward four years to 2015 and the number of tickets issued per month has increased to 713.

Aside from collecting data, Ross also sees another advantage to TJ’s class project. When the students in the class are actively looking for distracted drivers, Ross says, kids are educating their own parents about the dangers of distracted driving. Ross said:

“I think it is a great way for kids to help educate their parents. When you hear something through a child, it’s always a reminder that there is a reason for the rules.”

TJ was surprised by the numbers that his classmates came back with saying that “it’s not good that their parents are distracted driving so much.”