As noted by Cult Of Mac, a $10 Killer Duck Decal for 2nd and 3rd gen Apple TV can transform your dull black Apple TV into an 8-bit Nintendo Entertainment System (NES) Console. For an even better “retro experience”, you can pair this decal kit with another decal set which will transform your iPhone into a NES controller for another $6. 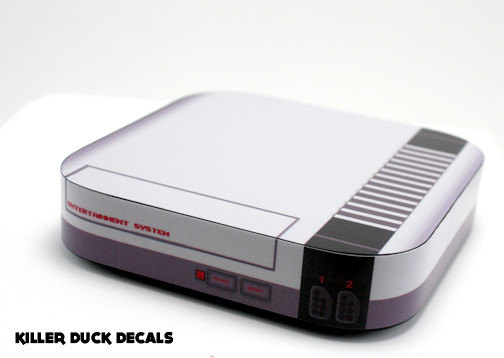 Apple doesn’t have a gaming console (yet) but wouldn’t it be awesome if they did? Answer: Yes.

Relive the glory days of 8 bit wonderment by transforming the little black hockey puck into a console of yesteryear.

This will fit the 2nd and 3rd gen Apple TV

Our skins are meant to make your stuff look cooler, not make them bomb proof. So don’t go flashing them around in the bad part of town and skipping them across lakes because they do not grant your electronics super-powers. 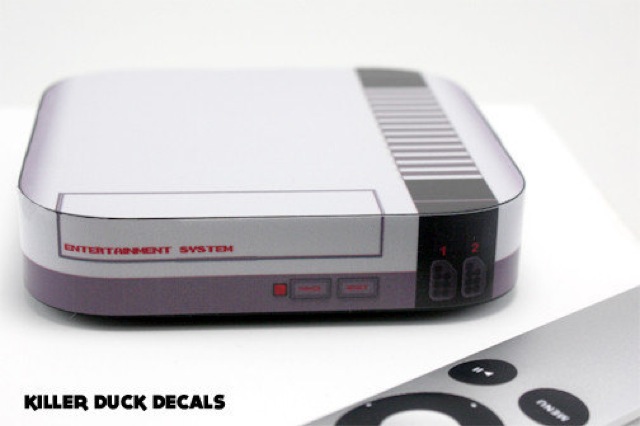 The decal is listed for sale on Etsy here.