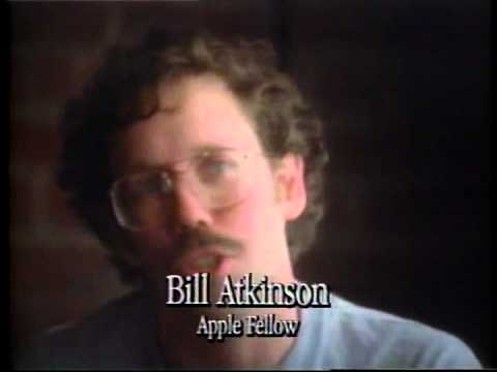 A Mac commercial produced during 1983 ahead of the computer’s launch in 1984 was just revealed by Andy Hertzfeld earlier today on his Google+ page. Hertzfeld was part of the original Mac team along with Steve Jobs, Steve Wozniak, Burrel Smith, George Crow, Bill Atkinson, and Mike Murray.

Hertzfeld notes why the commercial was never aired:

Here’s a rare commercial for the original Macintosh that Chiat-Day made in the fall of 1983 , featuring snippets from interviews of the design team. It never aired because Apple deemed it too self-congratulatory, although it was used in some promotional materials sent to dealers.

The commercial features nearly the whole Mac team (mentioned above) besides Jobs and Wozniak. Watch the commercial below for yourself:

For the most part, I didn’t view the commercial as “too self-congratulatory.” I felt more as if they were expressing the goal they’ve met. The story-line claimed they created the Mac for themselves, but decided to expand it to others; thus they attempted to make it easier to manufacture, reliable, and priced cheaply. To me, I found this as an introduction, and they were expressing their gratitude.

How did you interpret this commercial?