While the New iPhone is taking the spotlight of a majority of the rumours these days, we rarely ever hear about the next-gen iPod lineup. So today we are going to share with you some concept images of the fifth generation iPod touch. These are by designer Guilherme Schasiepen, who also designed an iPhone 4S concept last summer.

We first have an overview of the features. The next-gen iPod touch is imagined to include an HD Facetime camera, 5 megapixel back-facing camera, enhanced speakers, a 4-inch display, and 9-pin dock connector. 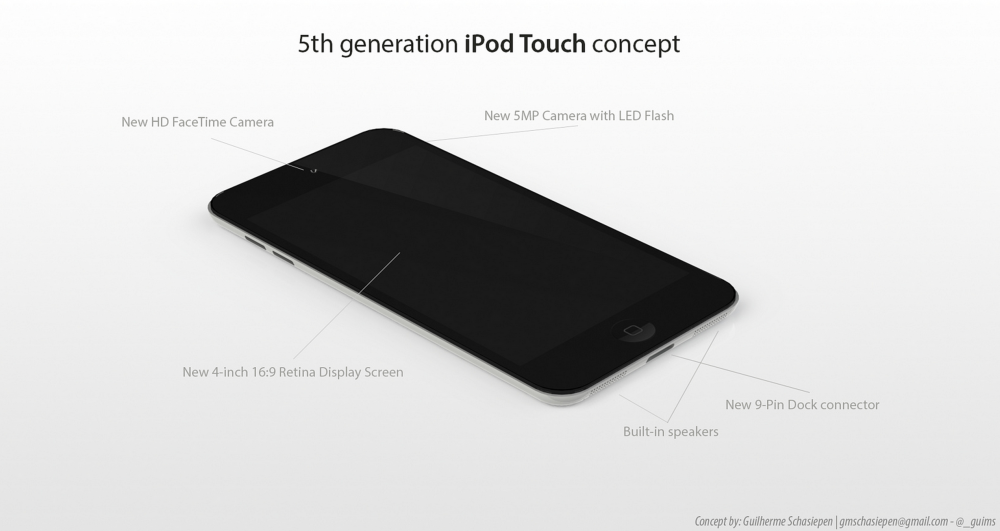 The designer provided an enhanced viewing angle, as below the depth of the iPod is shown really well. Schasiepen wasn’t able to provide specifics on the depth of the device, but it appears to be extremely thin. Don’t misunderstand me, the fourth generation iPod Touch is thin, but this is even thinner.

Also the iPod touch concept shows what Passbook would appear like on a 4-inch screen: 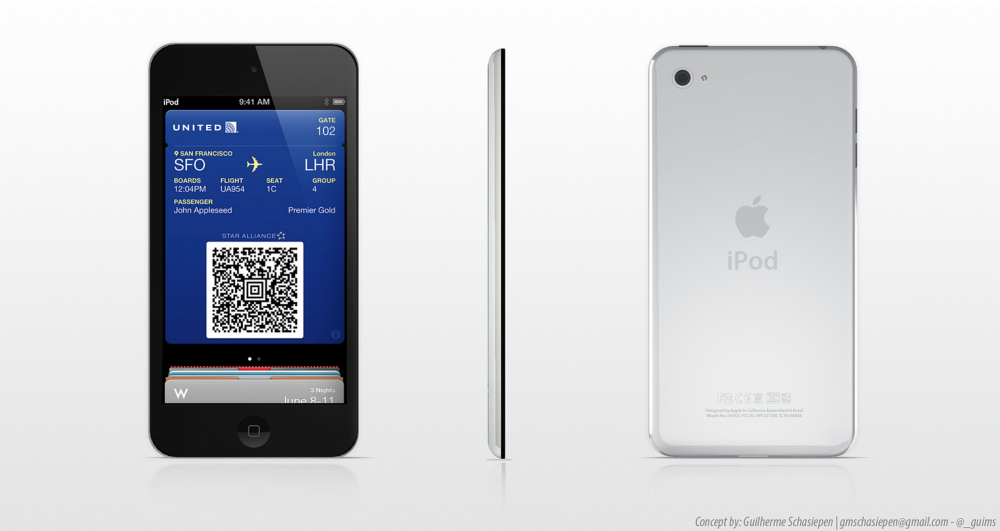 The iPod touch release date is widely unknown at this point. We have heard that Apple may launch the device alongside the iPhone tomorrow, but there is also a chance the device could be released with the iPad Mini in October.

Now the question is, will you be purchasing an iPod touch or iPhone assuming they both are announced tomorrow? Chances are I will be purchasing them both. I’ve owned all four generations of the iPod touch thus far and I want that trend to continue.

Apple is reportedly scrapping its initial plans to increase iPhone production this year due to lower-than-expected demand. Following the launch of its new flagship, the iPhone 14 series, Apple is now reconsidering the scaling of its production. As reported by Bloomberg, Apple has reached out to its supply chain partners. Initially, the Cupertino company is...
Steve Vegvari
27 mins ago