The iPhone 5 has been rumoured to launch in October on Telus, but right now signs still point to a September release. Most of us would consider waiting in line the night before. But some people like Rob Shoesmith (okay, only him), like to do something even crazier–wait in line before the launch date has been revealed.

Rob isn’t your average Joe though, he’s the marketer behind MEDL Mobile. He has started to wait in line in the UK, and is looking for sponsors to help make his ‘wait a luxurious one’. So far, he’s managed to snag some wet wipes, free service from a laundry delivery company, free candy, popcorn, and even a package from Skype. The cool part? He isn’t even in line yet, but he’s received tonnes of swag–overÂ Â£40,000 worth to be exact.

Given Apple launches generate a huge amount of buzz in the media, it’s a brilliant move on Rob and MEDL’s part to pull off this stunt. Companies that have jumped on to sponsor him will definitely get some exposure on his blog. 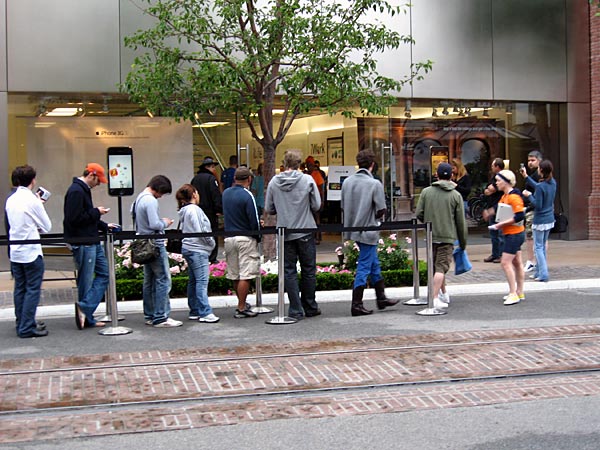 How long prior to an iPhone launch are you willing to wait in line?

October is right around the corner and as such, PlayStation has revealed the three new PlayStation Plus games for the month. From Tuesday, October 4th until Monday, October 31st, subscribers can redeem Hot Wheels Unleashed, Injustice 2, and Superhot. For the uninitiated, PlayStation launched a new tiered system to its PlayStation Plus service. Starting at...
Steve Vegvari
9 mins ago