This iPhone-Controlled Cooler Can Toss You a Beer 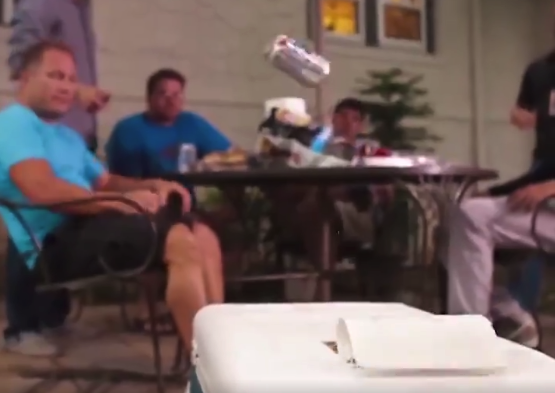 Have you ever wished that your cooler can toss you a beer without needing to get up? Well, fantasy has just become reality!

Cooler Cannon is a Kickstarter project that launched in 2013 that didn’t quite reach its goal. However, it can fire a beer at you whenever you are thirsty. It works in a similar manner to those T-shirt cannons you see at NBA games.

The same company behind the Cooler Cannon has now come up with a Cooler Cannon iPhone app that allows you to pick which type of beer you want and the cooler will toss it your way.

The device used to work with a remote control, but now anyone can download the app and help themselves to a cold one. The cannon claims to have a range of 8 feet.

On a recent YouTube video the creators did note that they are still not funded, so it’s still not clear how they plan to bring the Cooler Cannon to a larger audience.