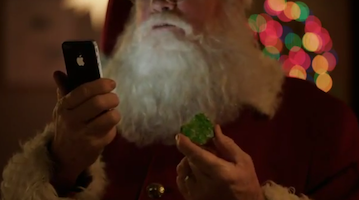 Apple this morning uploaded a new video to their YouTube channel. The latest TV ad features a special person utilizing Siri for the holidays–Santa Claus!

Siri can help anyone get through a busy day… Or night.

Within the ad, it shows Santa using Siri to help get directions and also a few other funny moments. Check it out below:

Just over a week ago Apple uploaded a new ad showcasing The Beatles to coincide with the release of the free animated book The Beatles Yellow Submarine.