‘This Is My Next’ is Back, Names iPhone 5s the Best Smartphone 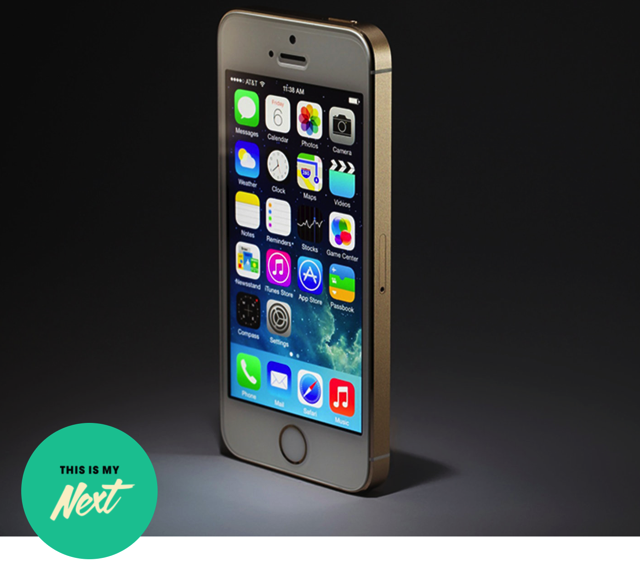 The Verge has finally brought its popular ‘This Is My Next’ buying guide and review website in the form of a vertical within their main website, beginning with “The best smartphone you can buy” guide, and without much surprise, the winner is Apple’s iPhone 5s. The iPhone 5s gets a Verge Score of 8.8 sitting at #1 spot, followed by HTC One M8 (8.5), iPhone 5c (8.5), Nexus 5 (8.0) and Galaxy S5 (7.8).

“If you want a smartphone you know you’ll love, that you’ll never have to worry or think about, the iPhone 5S is the best you can buy.”

The guide highlights that other smartphones may have particular advantages, a bigger screen or longer battery life, but they all come with complications and trade-offs. “The 5s has none”. The 5s’ appeal begins with its design. Its rounded metallic body feels precious and high-end in a way few phones can match. Its 4-inch screen is a little small by today’s standards, but it makes the device much easier to use in one hand and far more pocketable.

“Its camera is best-in-class, an 8-megapixel shooter that takes crisp and clear photos that no other cellphone camera has ever been able to replicate. Battery life is the 5S’ weakest spot — it’ll last a day but never more — but it’s nowhere near enough to be a problem.”

Comparing the HTC One M8 to the iPhone 5s, The Verge notes that it has a beautiful 5-inch, 1080p display, though it’s camera is not in the same league as the iPhone 5s. “But if you don’t care about taking top-notch smartphone shots, the HTC One is a tough device to beat.”

Hit up this link to read the full article.