When a new Apple product is released, whether it be an iPhone or iPad, Apple always seems to sell a few million units during their opening weekend. A large portion of those are pre-orders, and Apple isn’t the only company that has to stress about the launch. Companies such as Fedex/UPS who ship these iPhone 5s have to deal with the thousands of devices that arrive at their facility.

Just how huge of a mess does the iPhone 5 create for workers at these shipping facilities? Well take a look below at the photo taken from Reddit. Do me a favor and count how many boxes you see that aren’t iPhone 5s. There are a few, but not very many. 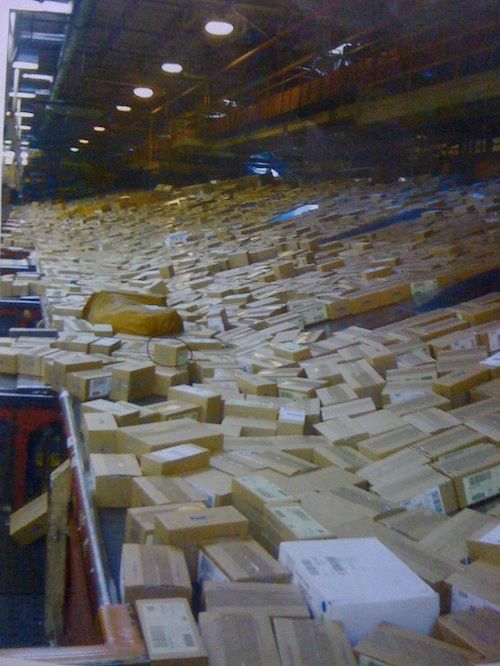 If you live in an overpopulated city, there is even a chance that the shipping provider delays your iPhone shipment by a day. When I pre-ordered my iPad earlier this year Fedex had the product on the truck, but it was ‘getting too late’ so they let drivers come back to the facility.

Anyways, wow that’s a lot of iPhone 5s! Have any of our readers worked for Fedex/UPS in the past and had to go through an Apple launch?