Yesterday Apple submitted evidence in court that could be the ‘smoking gun’ to further detail how Samsung copied the iPhone. An internal 132 page Samsung document from 2012 was translated from Korean into English details specific iPhone features side by side to the Samsung Galaxy S, as noted by AllThingsD.

Every single aspect of the iPhone is broken down compared to the Galaxy S, from comparing how the iPhone calculator switches in landscape to portrait mode, and even down to the details of the interface when entering the iPhone’s camera app. Numerous references are made by Samsung to bring improvements ‘like the iPhone’ to to also make user interfaces to ‘highlight the fun factor for the user’. 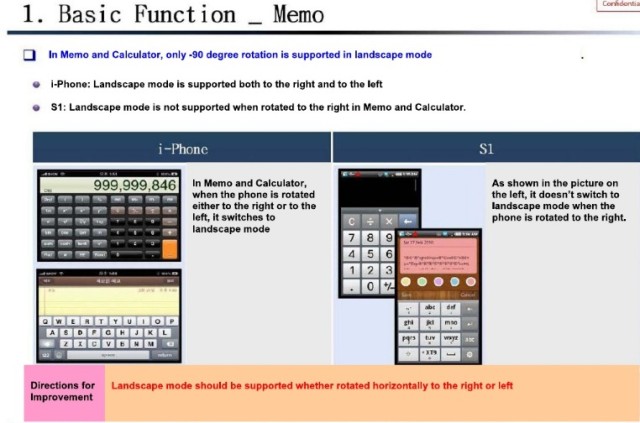 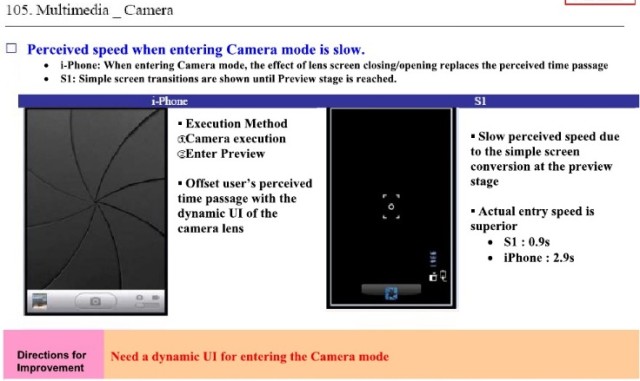 There’s no doubt this document will make Samsung’s lawyers squirm in their seats. It’s incredible the amount of detail Samsung went to in order to make their Galaxy S more like the iPhone’s interface.

You can check out the entire 126 steps outlined here. What do you think? Is Samsung screwed?