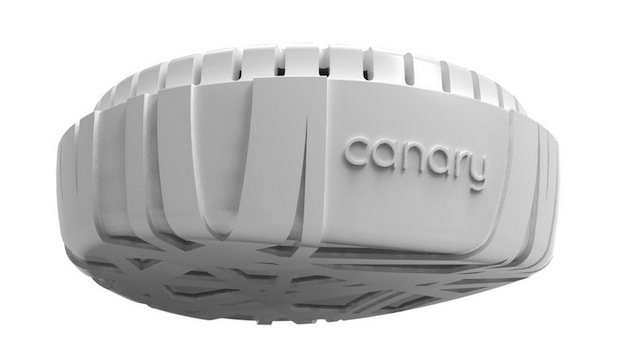 In addition to detecting smoke and carbon monoxide, this ‘smarter’ smoke detector referred to as the Canary can also keep a check on air quality that you are breathing including dust, pollen, mold etc., and then send all that information to the cloud (via Gizmodo). According to the developers of Canary, they wanted to build a modern smoke detector that can be controlled from a smartphone, and that tells consumers more than whether there is smoke in the room.

The best thing about the Canary is that when it goes off, you can easily tell if its a false alarm from the smartphone app and easily shut it down. Also, when the Canary’s batteries are low, it’ll warn you on your phone as well. Even though the Canary is only a prototype for now, it has already picked up second place in the Cleanweb Challenge.

“A lot of people end up disarming smoke detectors because they’re annoying, or they just forget to change the battery. The Canary will also give readings for carbon monoxide and air quality (dust, pollen, mold). And, if all goes well, it will be part of a sensor network that provides a detailed picture of air data in various cities”.

“We’re trying to create a smarter smoke detector. At the moment, it’s something that everyone has in their homes and everyone hates,” says lead developer Mark Belinsky. “It beeps at you obnoxiously at all hours, and people don’t know if it’s danger or annoyance.”

If the product does eventually make its way into the market, consumers could work together to map the air quality of entire cities with real, live data. Till then, check out the introduction video from the Canary team:

United States Senator Michael Bennet wrote a letter to executives of both Apple and Google, calling for the tech giants to remove TikTok from their respective app stores. Bennet believes that the Chinese-owned video creation platform poses security threats, furthering the same narrative that's been brewing for a number of years. Apple's Tim Cook and Google's...
Steve Vegvari
26 seconds ago