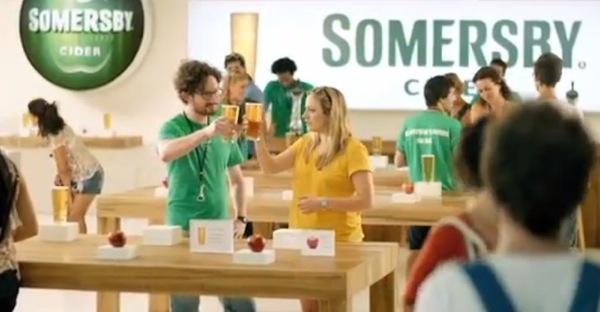 Somersby Cider has released a smart TV ad (via The Loop) to promote its Apple cider, which is the Carlsberg Group’s biggest selling cider and the world’s fastest growing cider last year. The scene depicts what it would look like if the company launched its cider like how Apple launches its products at retail stores. Check it out below:

The commercial first aired yesterday in the UK across the Sky TV network, to coincide with England’s World Cup qualifier against Montenegro to target football fans, part of a $15.3 million marketing campaign. Are you thirsty yet?

Readdle has just rolled out a major productivity update for its cross-platform Spark email client, introducing an all-new Home Screen, Smart Inbox, Priority Email, Gatekeeper email blocking, and more. "We have more “wants” and “needs” than we have the capacity to fulfill," noted the developers while announcing the expansion of Spark beyond Mac, iOS, and Android...
Usman Qureshi
29 mins ago