Facebook App Gets Food Ordering, Ticket Purchases in the US

Facebook has started rolling out new call-to-action buttons on pages for local businesses, starting with the U.S., allowing users to order food or purchase tickets from within the Facebook app. This brings new ways for Facebook users to discover local events and get recommendations from their friends, while businesses can use the call-to-action button on their pages to allow people to schedule, order, buy, and do more seamlessly. 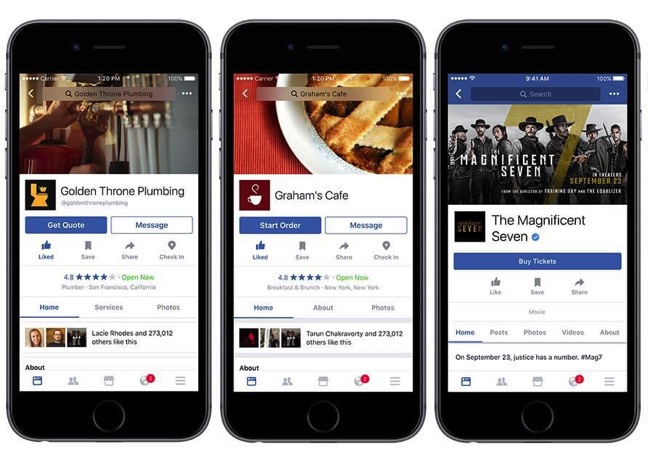 Facebook notes that new ‘native components’ now load instantly on most devices and deliver a full-screen experience that removes friction and allows customers to complete a form with just a few taps. “For businesses, adding these experiences will be only a few clicks away”. The company is also offering developers the ability to power new Page CTA buttons using ‘webviews’ on Facebook Pages. “As a developer, you can bring your software service to businesses right into a Page, with full control of the look and feel”.

Our beta partners are powering services for thousands of Page admins for the following actions:

Developers interested in building solutions with native components or webviews can sign up here for the limited beta.