TikTok has released its “Year on TikTok: Music Report 2021,” highlighting the app’s most popular music in both Canada and the world. 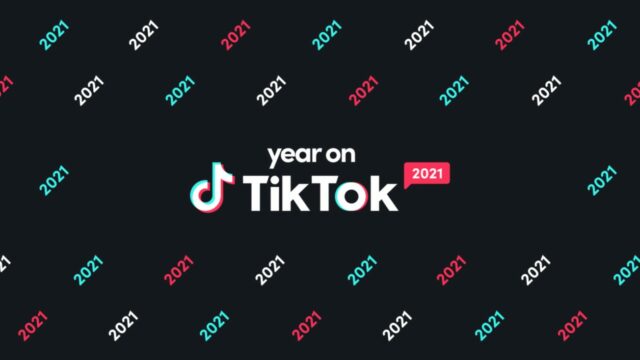 “2021 has truly been a milestone year for Canadian artists and music on TikTok, and has provided so many amazing music moments to celebrate,” says Adam Burchill, TikTok Canada’s Head of Music, in an issued statement to iPhone in Canada.

“We watched Justin Bieber serenade us LIVE for Valentine’s Day, welcomed icons like Avril Lavigne and The Tragically Hip to the platform, helped catapult emerging acts like JESSIA and Lilyisthatyou into the mainstream, and helped relaunched MuchMusic, one of Canada’s most influential pop culture brands. From discovering new artists to re-discovering old favourites, our global community of one billion people and the music industry at large have taken note of the richness and diversity of talent Canada has to offer – there’s no denying that music starts and lives on TikTok.”

TikTok first started its report on some of the app’s Canadian emerging artists of the year, with bbno$ and RealestK taking the top spots.

“Following in the footsteps of artists like The Kid LAROI, Tai Verdes, and Tate McRae – who made TikTok’s list of Emerging Artists in 2020 and had banner years in 2021 – Canadians bbno$ and RealestK used TikTok to raise their profiles in a major way this year and are just two of the twenty,” TikTok explains.

ElyOtto was crowned the most popular musician in Canada by video creations for hyper pop anthem “SugarCrash!”. The song also topped #4 on top global tracks on TikTok and cracked the top 10 list of Top US Pop Tracks.

On a worldwide scale, Megan Thee Stallion reigned supreme over TikTok’s year-end music report for the second year in a row, topping their list of artists with the most usage by catalogue.

Beyond showcasing music’s top artists of today, TikTok also proved this year that it has the power to bring oldies back in style. Thanks to mash-ups and remixes, TikTok brought back songs like Boney M’s “Rasputin,” George Michael’s “Careless Whisper” and Bill Bev Devoe’s “Poison.”

TikTok also created a category for songs that aren’t new, but aren’t quite classic, dubbing those tunes “comeback tracks.”

The majority of these songs hailed from the early to mid-2000s, with artists ranging from Destiny’s Child to Reba McEntire. As TikTok’s music report points out, these tracks were often used on the app as a show of nostalgia, whether that was to celebrate a graduation or pay tribute to a late loved one.

When it comes to TikTok’s “global” top songs of 2021, the result is a mix of new and established artists. As has been proven in the past two years, TikTok is more than capable of fostering music’s next big stars, and several of their songs made it onto the top 20 of the year. Masked Wolf’s viral hit “Astronaut in the Ocean” takes the No. 1 spot, with breakout rock band Måneskin’s “Beggin'” right behind.