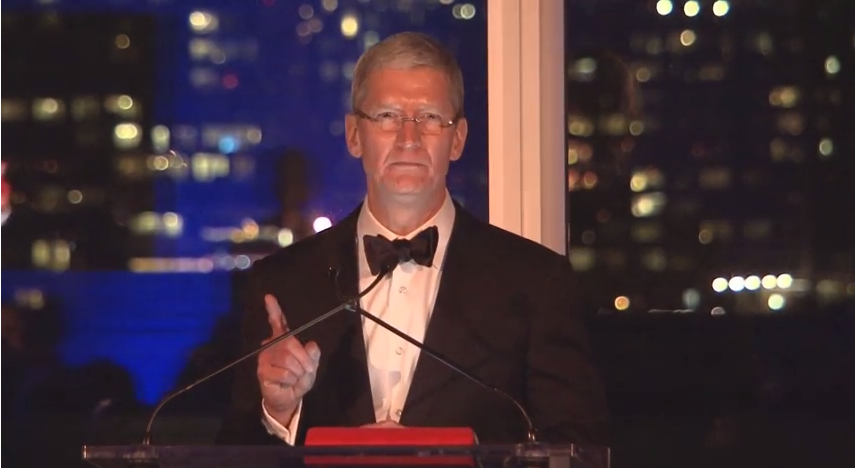 Cook spent most of his time endorsing the Employee Non-Discrimination Act. The ENDA is a proposed federal legislation design to prohibit companies from discriminating based on gender identity or sexual orientation. He also talks about Apple and how they are making products available to everyone, not discriminating against any disability. In one sentence, Cook explains why Apple does what it does.

“We do it because it is just and right.”

Tim Cook, along with so many others including Mark Zuckerburg and Steve Jobs’ widow Laurene Powell Jobs, are fighting daily for our human rights and equality.

“Human rights and dignity are great philosophical principals. But the hard work of executing on these principals depends on our individual acts everyday.”