Both Apple senior vice president of operations Jeff Williams and CEO Tim Cook were “deeply offended” by the suggestions the BBC Panorama “Apple’s broken promises” documentary makes that the company mistreats workers in its supply chain (via the Telegraph). 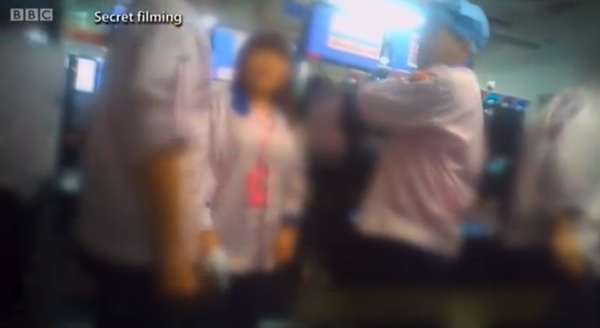 If you have watched the documentary, you will have seen a BBC journalist going deep into the Apple supply chain at the company’s assembly partner Pegatron, and then – where the most shocking footage comes from – the working conditions around tin mining in Indonesia.

In a letter sent to UK staff, Williams once again emphasized Apple’s commitment to the “advancement of human rights and equality around the world,” and said that the company shared facts that the BBC decided not to share in their program.

Apple has visited those places shown in the BBC documentary and, of course, “we are appalled by what’s going on there”, he writes.

Also, he pointed to Apple’s achievements over the past few years since it committed to a better, more transparent operation of the supply chain operators.

Several years ago, the vast majority of workers in our supply chain worked in excess of 60 hours, and 70+ hour workweeks were typical. After years of slow progress and industry excuses, Apple decided to attack the problem by tracking the weekly hours of over one million workers, driving corrective actions with our suppliers and publishing the results on our website monthly — something no other company had ever done. It takes substantial effort, and we have to weed out false reporting, but it’s working. This year, our suppliers have achieved an average of 93% compliance with our 60-hour limit. We can still do better. And we will.

It’s a fact that the documentary doesn’t paint too bright a picture of the world’s biggest tech company (by market capitalization), and Apple can do much more to eliminate the corruption deep inside its supply chain.

But, you know, it isn’t just Apple doing business with these companies, and the BBC documentary fails to point to those companies.