Time today has published a lengthy interview with Apple CEO Tim Cook talking about Apple’s legal battle with the FBI over the seized iPhone and iOS backdoors. 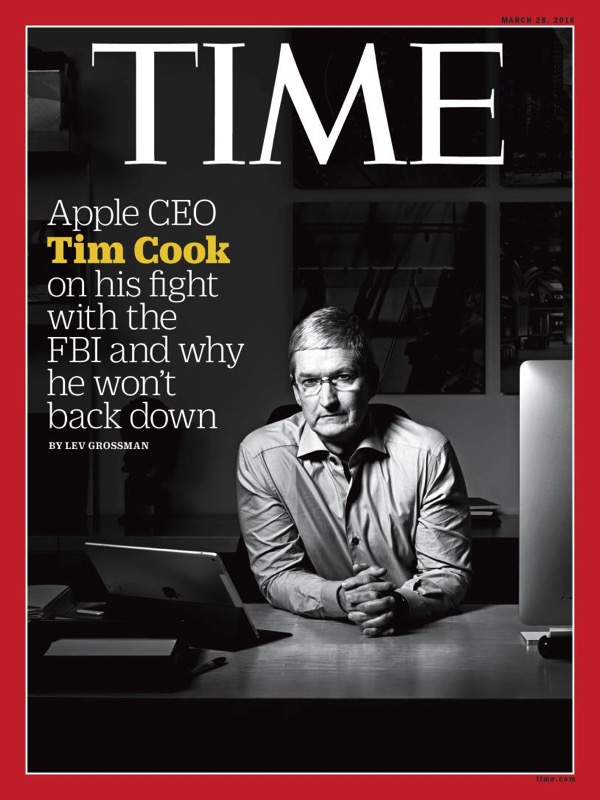 Cook describes the legal fight against the government as “uncomfortable in some ways,” as fighting them isn’t what Apple would have chosen to do. From his perspective, the right approach is for technology and intelligence to talk about the things they can do together.

You may be familiar with Cook’s arguments from previous interviews. He also disclosed that refusing to develop “GovtOS” wasn’t his own decision:

So we then had a decision of what should we do. Of course we had previously decided—because they had asked us to do the thing that we’re calling government OS, the new operating system without the security controls—and we had long discussions about that internally, when they had asked us. Lots of people internally were involved. It wasn’t just me sitting in a room somewhere deciding that way, it was a labored decision. We thought about all the things you would think we would think about.

Cook said that he was “deeply offended”, as the government apparatus has lied about Apple’s intentions.

The Apple CEO once again underscored that this legal wrestling isn’t about a single phone:

You can read the full interview on Time.