Tim Cook announced during a FaceTime call with Lady Gaga on The Tonight Show Starring Jimmy Fallon that Apple is donating $10 million USD to the “One World: Together at Home” benefit concert. 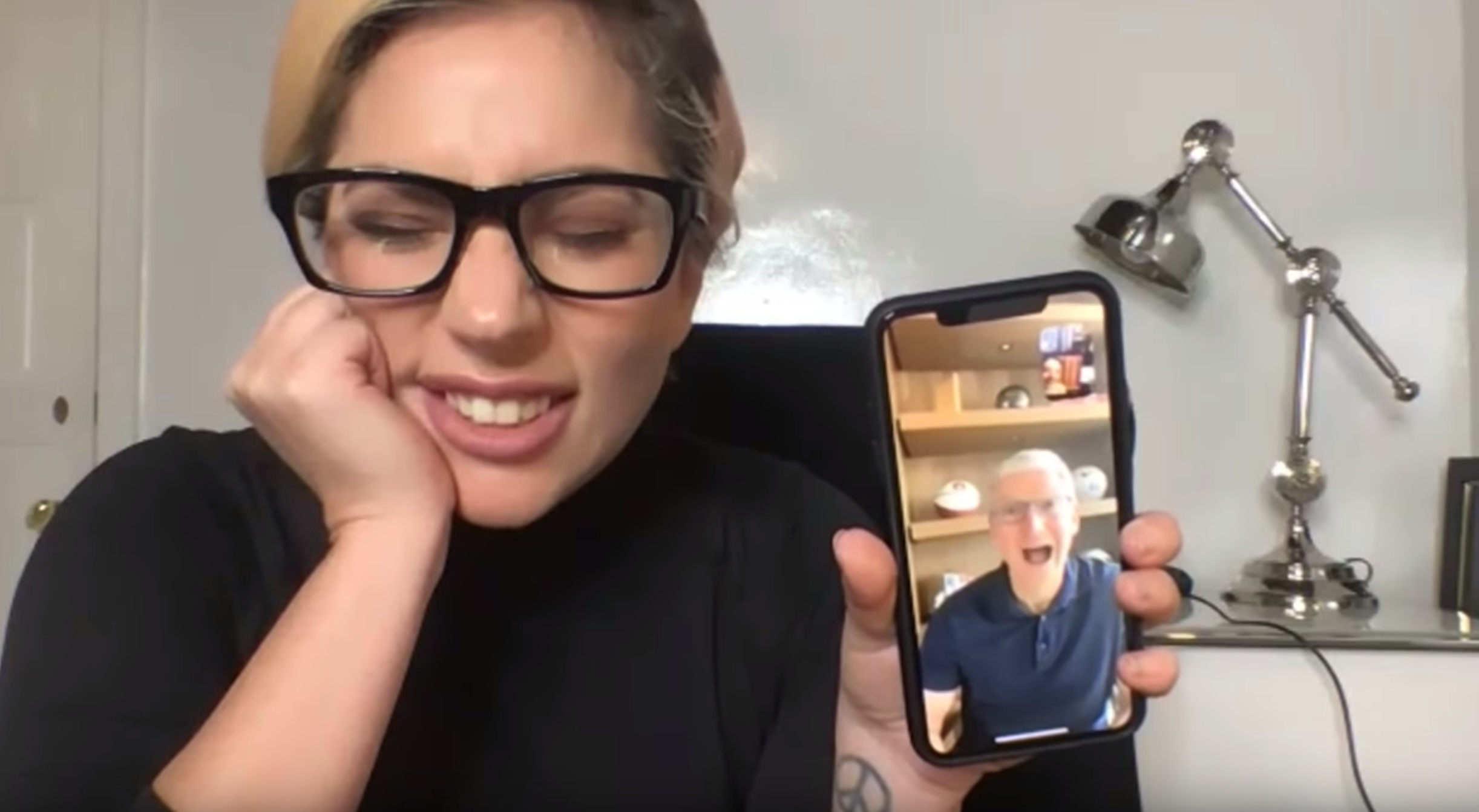 The special is being touted as a “global broad entertainment special to celebrate the heroic efforts of community health workers and support the World Health Organization and the global fight to end COVID-19.”

During the interview, Gaga, who is personally fundraising for the event, proposed she and Fallon call Cook for a donation. “I think we should call Tim Cook,” Gaga said. “I don’t know if he knows he’s going to be on TV just yet, but we’re going to FaceTime him and find out.”

When asked by Gaga to confirm a previously discussed donation figure, the Apple CEO said, “You can confirm me, we are so proud to be a part of this.” Host Jimmy Fallon later revealed the number to be $10 million USD, stating that the project has so far raised $35 million USD.

As for what inspired Gaga to create such a massive event, she told Fallon she wanted “to celebrate the courage of the human spirit” in the face of the COVID-19 pandemic.

“I want to highlight this global kind community that’s coming together right now,” Explained the 34-year-old singer.  “This is not just a historical moment in the history of humanity, but a cultural moment that’s happening as well.”

“The virtual broadcast will show unity among all people who are affected by COVID-19, as well as celebrating and supporting the brave frontline health care workers around the world who are doing incredible, life-saving work.”

The special will also be streamed online by various platforms including Alibaba, Amazon Prime Video, Apple, Facebook, Instagram, LiveXLive, Tencent, Tencent, TIDAL, TuneIn, Twitch, Twitter, Yahoo, and YouTube. Lady Gaga has been tasked with curating the musical line-up for “One World,” with the likes of Paul McCartney, Billie Eilish, and Elton John all set to take part.