Apple CEO Tim Cook is set to deliver George Washington University’s commencement speech on May 17, as his invitation was suggested by the educational institution’s graduating students:

“I am delighted that Tim Cook has accepted our invitation to give this year’s commencement address on the National Mall,” George Washington President Steven Knapp said. “I know our graduating students will be inspired and enlightened by his reflections on the lessons he has garnered from his distinguished career as a highly effective leader at the forefront of technological innovation.” 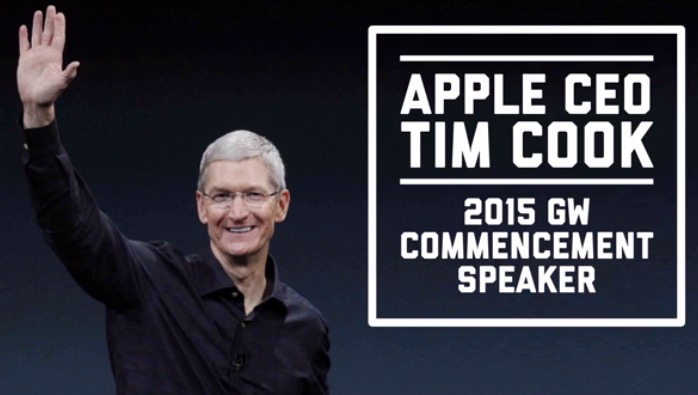 While nothing will top Apple co-founder Steve Jobs’ Stanford commencement speech from 2005, Cook surely will delivery an inspirational speech for the graduating class from George Washington University, located in the American capital.