Apple CEO Tim Cook has spoken about all of yesterday’s big announcements during an interview with YouTuber iJustine. 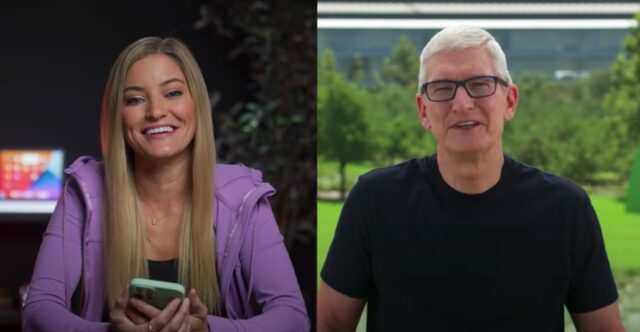 Apple’s California Streaming event brought with it the iPhone 13 and Apple Watch Series 7 announcements as well as a new iPad and iPad Air — and now you can listen to Apple CEO Tim Cook talk all about it all in a new YouTube video.

In a more than 14-minute video, we get to see Cook speaking with YouTuber iJustine across a range of things including everything announced during yesterday’s streamed event.

While anyone hoping the interview might dive into recent privacy and employee controversies will be disappointed, but they shouldn’t be surprised as that’s not what the interview was about. Even so, the video is still worth a watch to learn a little more about an event that included quite a few product announcements.

Predictably, Cook speaks glowingly of the new iPhone 13 lineup, especially its new camera capabilities. Cook also discusses Apple Fitness+ as well, a service that got some air time thanks to the Apple Watch Series 7 announcement.

The iPhone 13 line-up was, of course, the headline attraction of yesterday’s livestream. During the event, it was announced that users will benefit from improved battery life, faster processing chips, better facial recognition software, and a 120hz display. According to the presentation, the iPhone 13 offers 2.5 extra hours’ worth of battery life, compared to its 12th generation counterpart. Another key update was the phone’s dual-camera technology and updated cinematic mode for video recording.

Check out the video above for more in-depth information.