In an exclusive interview published by Bloomberg today, Apple CEO Tim Cook interesting tidbits about the company’s culture, the development of the iPhone 6, the Apple Watch and Apple Pay, while other senior executives including Jony Ive, and Jeff Williams, also share details on the effort that went into creating Apple’s all new smartwatch. 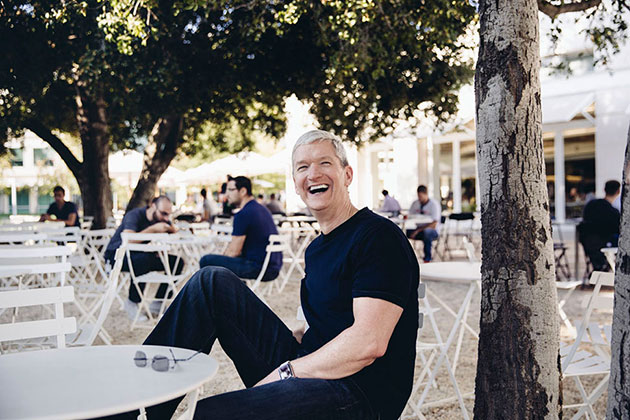 Except for Steve Jobs’ office, which the company “felt right to leave as it is”, Tim Cook says that almost everything else on Apple’s campus is different. “The executive wing once radiated nervous energy, with handlers scurrying to anticipate the whims of Apple’s temperamental co-founder. Now there’s tranquility in the hallways, a reflection of the new boss’s calm Southern demeanour”. He then goes on to discuss Apple’s latest announcements including the iPhone 6, Apple Pay and the Apple Watch.

In one interview, Jony Ive reveals that the Apple Watch project was conceived in his lab three years ago, shortly after Jobs’s death and before “wearables” became a buzzword in Silicon Valley.

Clocks first popped up on top of towers in the center of towns and over time were gradually miniaturized, appearing on belt buckles, as neck pendants, and inside trouser pockets. They eventually migrated to the wrist, first as a way for ship captains to tell time while keeping their hands firmly locked on the wheel. “What was interesting is that it took centuries to find the wrist and then it didn’t go anywhere else,” Ive says. “I would argue the wrist is the right place for the technology.”

Head over to this link to read the full article.