Apple CEO Tim Cook has written Didi Chuxing president Jean Liu’s profile for TIME’s list of the world’s 100 most influential people for 2017, calling her “a disrupter” while praising her and her team for their work on big data algorithms that could help improve the flow of traffic. Cook also praised Didi Chuxing’s engagement with communities across China to be better able to serve them. 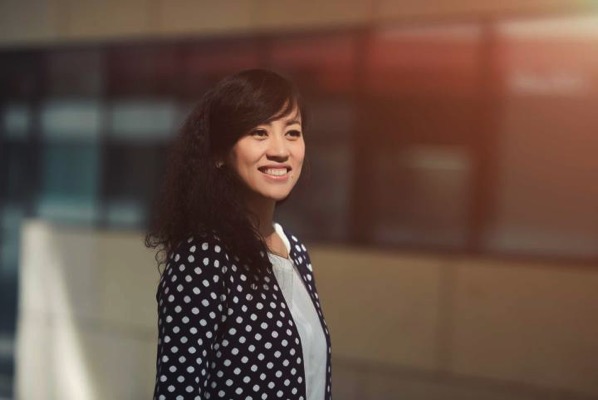 Jean Liu is a disrupter, and not only through her ambitious effort to change the way people in China commute, travel and connect with one another. With Didi Chuxing, the ride-sharing, taxi-hailing startup she leads alongside Cheng Wei—its name means “Beep Beep Mobility” in Chinese—Jean has built a transportation platform that offers convenience and flexibility to tens of millions of commuters.

She and her team are succeeding with innovative, big-data algorithms that aim both to improve the efficiency of Didi’s service and to ease the congestion on roadways. By analyzing commuter patterns the way oceanographers track the tides, Didi may help traffic jams go the way of the flip phone.

In over 400 cities across China, Jean has also built a company that is dedicated to serving the community around it. Guiding Didi to this higher purpose, and giving back to the places where it does business, she shares my belief that companies can and should measure themselves by more than just the bottom line.

For those who aren’t aware, Didi Chuxing is a major ride-sharing company, providing transportation services for close to 400 million users across over 400 cities in China. It is also the world’s largest one-stop mobile transportation platform. Apple invested $1 billion into the Chinese Uber rival, almost one year ago.

While Sony is yet to officially announce its selection of free games coming to PlayStation Plus subscribers in December, the lineup appears to have already leaked. According to the leakers at Deallabs, who have a 100% accurate record of sharing early PlayStation game leaks, Mass Effect Legendary Edition, Biomutant, and Divine Knockout are coming to PlayStation...
Usman Qureshi
3 mins ago

In celebration of Computer Science Education Week, Apple is introducing a new Today at Apple session, Coding Lab for Kids: Code Your First App, at Apple Store locations around the world beginning December 5. For those who aren’t familiar, the Today at Apple program offers free, daily in-store sessions that assist customers in unleashing their...
Usman Qureshi
18 mins ago