In a tweet posted earlier, Kara Swisher announced that she will be interviewing Apple CEO Tim Cook, former design chief Jony Ive, and Laurene Powell-Jobs at next month’s Code 2022 event. 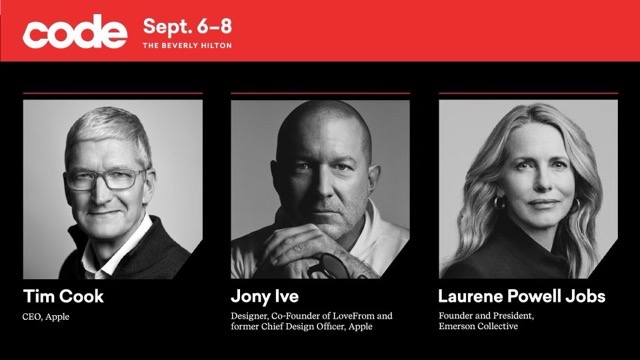 The Code 2022 event will run from September 6 to September 8, with the three-day event taking place at the Beverly Hilton in California. Swisher noted in her tweet that the panel will be discussing the legacy of Steve Jobs in what will be her last session for Code after 20 years.

Swisher also mentions how Jobs was her first interview, and that she invited the three “who knew him best to discuss his lasting impact.”

This will be my last session of Code after 20 years. I thought it critical to gauge the impact of the tech icon who was the very 1st interview: Steve Jobs. So, I am bringing together the trio who knew him best to discuss his lasting impact: @tim_cook @laurenepowell and Jony Ive. pic.twitter.com/XIN7Ww9G18