Just ahead of Apple’s big iPad event in New York later this month, CEO Tim Cook has paid a visit to the legendary French film director Claude Lelouch on his trip to Europe, congratulating him on his upcoming movie that has been shot entirely on the iPhone. 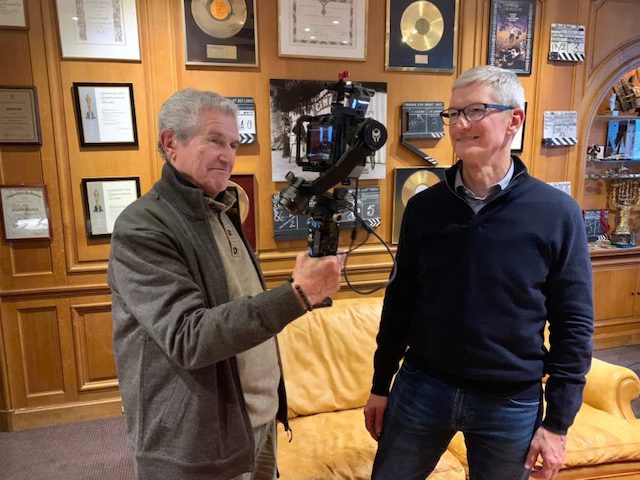 “‘Bonjour Paris! Honored to meet legendary director Claude Lelouch and hear about his upcoming film, which will be #shotoniphone. In 50 years of filmmaking, he says he’s “never been happier“ than when shooting with iPhone!”, Cook tweeted earlier today during his visit to France.

Bonjour Paris! ?? Honored to meet legendary director Claude Lelouch and hear about his upcoming film, which will be #shotoniphone. In 50 years of filmmaking, he says he’s “never been happier“ than when shooting with iPhone! pic.twitter.com/t5q8J8jOW6

Lelouch started his career with Reportage, one of the first to film daily life in the Soviet Union, with the camera hidden under his coat as he made his personal journey. He is also known for filming sporting events like the 24 Hours of Le Mans and the Tour de France.

Lelouch’s A Man and a Woman won the Palme d’Or award at the 1966 Cannes Film Festival, as well as two Oscars including Best Foreign Language Film.