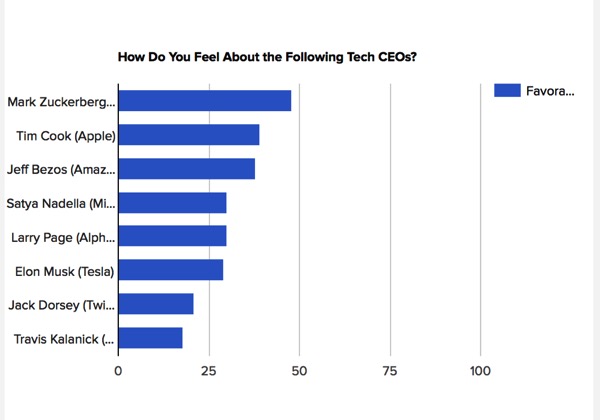 According to a new Morning Consult poll (via AppleWorld.Today), Apple CEO Tim Cook has the second-highest approval rating of tech leaders. At the top spot is Facebook’s Mark Zuckerberg, with 48% of registered voters viewing him favourably. About 39% of respondents said they view the Apple leader favourably, while most of the rest (44%) said they hadn’t heard of him or have no opinion. 31% of voters said the same thing about Zuckerberg.

The report also reflects that the only other tech CEO with similar recognition and favorability is Amazon’s Jeff Bezos, with 38% of respondents saying they like him. 59% of voters said they hadn’t heard of Microsoft CEO Satya Nadella.