Apple’s board rewarded CEO Tim Cook with a sizable increase in compensation for the company’s fiscal year 2017, which saw the company return to growth after a rough 2016. 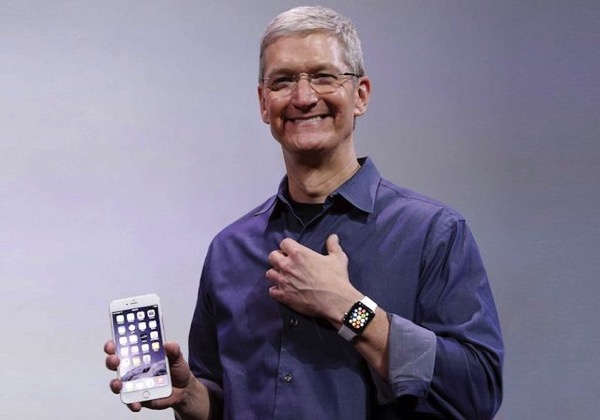 According to new report from Bloomberg, Cook enjoyed a 47 percent jump in compensation in 2017, pulling in $12.8 million USD for the year, including a $9.3 million cash bonus. It’s a healthy jump from the $8.5 million he banked in 2016 when Apple’s revenue dipped slightly.

Cook also benefited from a generous share award, banking $89.2 million USD worth of Apple stock as part of a compensation package agreed when he was appointed chief executive in 2011.

The company bounced back in 2017, spurred on by impressive Watch sales and the release of three new iPhones; its stock performance mirrored Cook’s compensation increase, running 47 percent since January 1.

“In 2017, Apple was above its target performance goals for both net sales and operating income, resulting in a payout of each named executive officer’s annual cash incentive at 155.5% of target,” the tech giant said in its annual proxy filing with the SEC.

Additionally, new regulatory filings show that Cook has been given the use of a private jet for the first time, citing “the interests of security and efficiency based on our global profile and the highly visible nature of Cook’s role as chief executive.”

The bumper package is linked to Apple’s share price performance versus its S&P 500 peers and comes after the company beat its annual sales and income targets.