As the world mourns the passing of famed physicist Stephen Hawking, many have shared tributes remembering this bright mind, including Apple CEO Tim Cook.

The Apple leader sent out a tweet this morning “The greatest enemy of knowledge is not ignorance, it is the illusion of knowledge.” -Stephen Hawking. We will always be inspired by his life and ideas. RIP.” 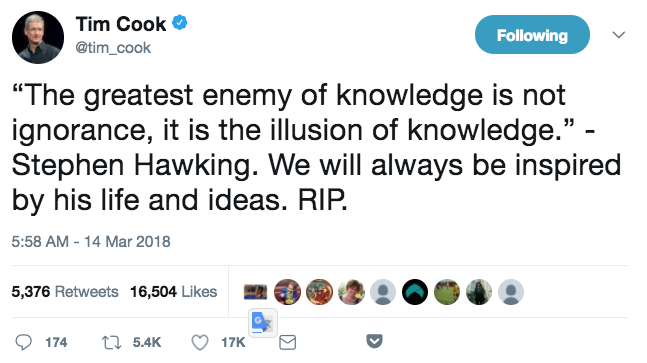 Cook’s initial tweet accidentally included a typo, spelling “Hawkins” instead of Hawking, but that was later deleted and fixed.

Hawking suffered from amyotrophic lateral sclerosis (ALS)—also known as Lou Gehrig’s disease, which normally can end a life within a few months of its diagnosis. Since being diagnosed at age 21, Hawking was able to defy ALS and lived to age 76, passing away late last night.

Below is an infographic from Business Insider sharing a brief history of Stephen Hawking’s life: 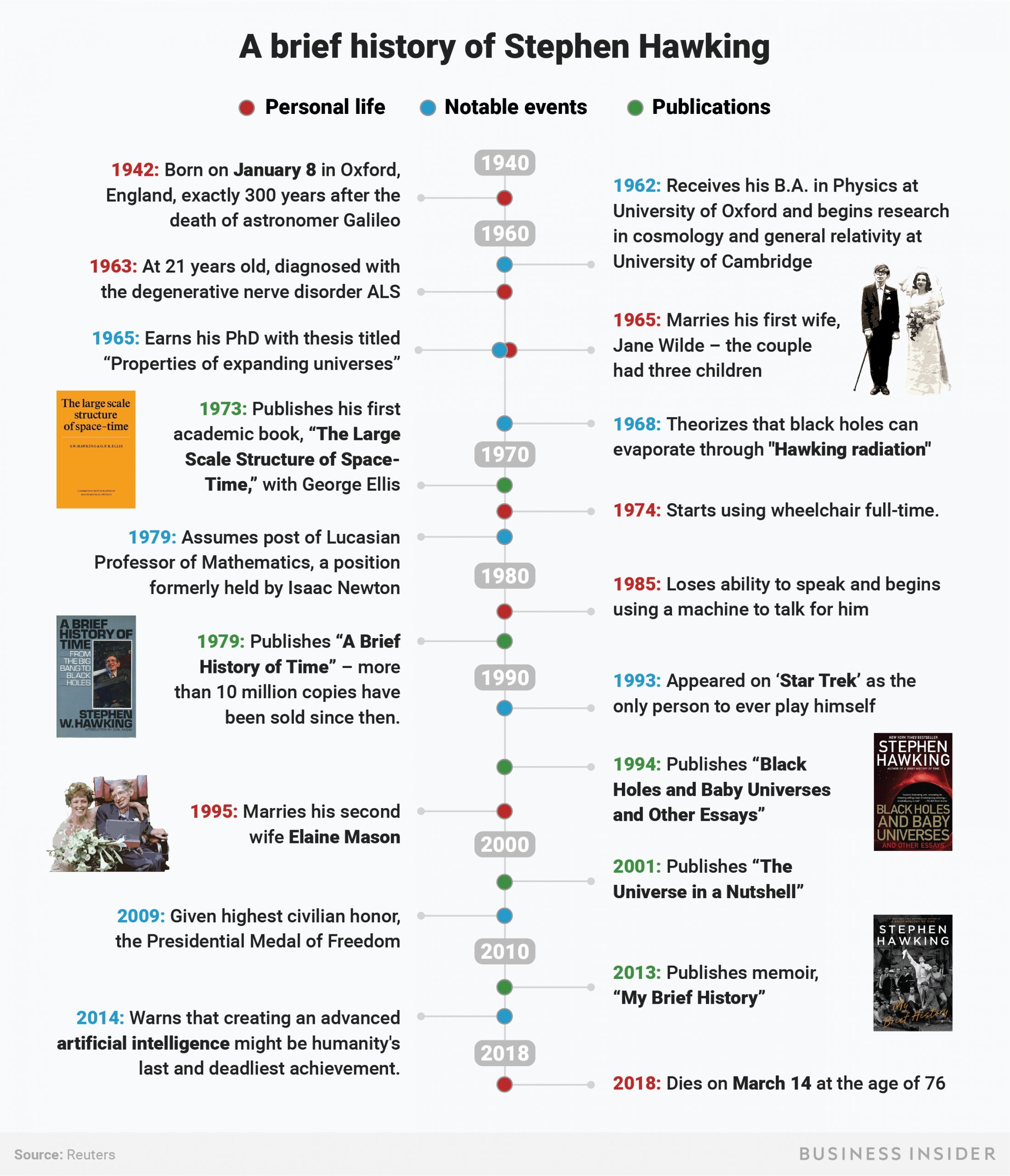 Apple reportedly wants an easy way for people to build augmented reality apps, that might even be assisted by the company’s Siri voice assistant, reports The Information. Unnamed sources say Apple plans to let Siri build an AR app when asked through its upcoming mixed-reality headset. These apps would then be able to submit to […]
Gary Ng
45 mins ago