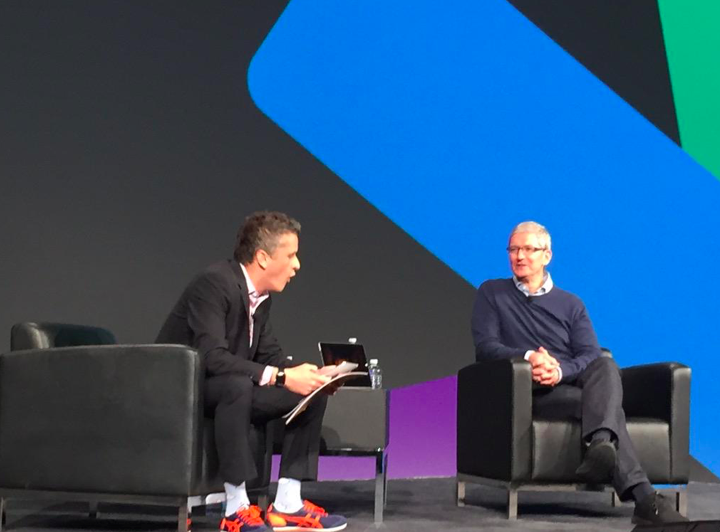 In a BoxWorks fireside chat with Box CEO and co-founder Aaron Levie today at BoxWorks 2015 at the Moscone Center, Apple CEO Tim Cook discussed Apple’s enterprise partnerships and collaborations, and was also very positive on the comany’s relationship with one of its former nemeses, Microsoft. Cook also highlighted enterprise partnerships with IBM, Cisco and Box, emphasizing how transformational mobile is for businesses (via CultOfMac).

“Apple and Microsoft can partner on more things than we can compete on, and that is what the customer wants…Office on the Mac is a force,” Cook told the audience. “Partnering with Microsoft is great for our customers and that’s why we do it.”

“I’m not a believer in holding grudges… life is short and you’ve got to have as many friends as you can have,” he continued. “I think we will deliver much better solutions working with major players and that’s what the customer wants.” That last comment prompted Levie to summon the audience to clap: “An applause for openness!” he exclaimed.

Cook explained Apple’s approach to enterprise services being more about creating products that work for both and then developing services that focus on the end user more specifically.

You can catch the full Q&A session, click here.