“I went out to California, and Tim Cook very patiently spent hours trying to move me up to the level of the average two-year-old,” Buffett said. “And didn’t quite make it.”

But Buffett doesn’t hold it against Cook or his top-selling smartphone. “We had a lot of fun. He is a terrific guy,” Buffett said. “Unbelievable product.”

Buffett made the comments during a conversation that aired in an episode of Yahoo’s “Influencers with Andy Serwer,” a weekly interview series with leaders in business, politics, and entertainment. 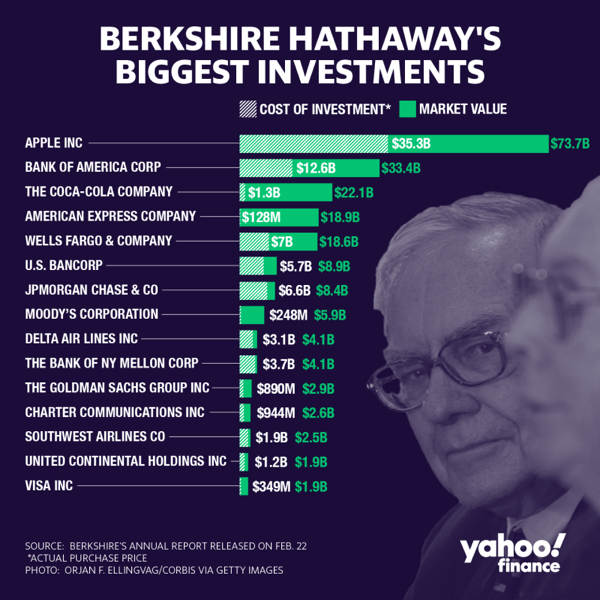 The billionaire investor said that he never uses apps, and even sometimes struggles to make phone calls on the device.

As of Q4, 2019, Berkshire Hathaway’s position in Apple was worth $73.7 billion, which is more than double the cost of the investment it initially made in Apple back in 2016.