Tim Cook to Appear on ‘Late Show with Stephen Colbert’ on September 15, WSJ.D Conference in October

Just under a week after Apple’s “Hey Siri” event, Apple CEO Tim Cook will appear on the new Late Show with Stephen Colbert on Tuesday, September 15. The late night host revealed the news on Twitter, which included a picture of him using Siri on his Apple Watch to remind him of the interview. 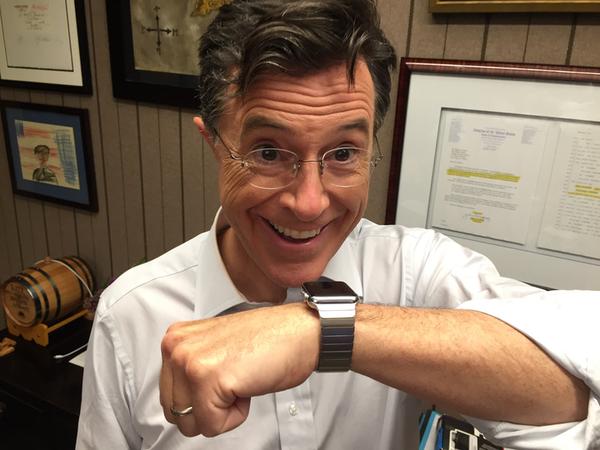 It is likely Cook’s interview will focus on Apple’s newly announced products: the iPhone 6s and 6s Plus, the new Apple TV, and the iPad Pro with Apple Pencil.

"Siri, put Apple CEO Tim Cook on my calendar for Tuesday, Sept. 15. Oh, and come up with some questions to ask him." pic.twitter.com/mXutum0Bp6

The Late Show with Stephen Colbert airs every weeknight at 11:30pm on CBS, with the show uploading both interviews and extended interviews on its YouTube channel the morning after.

Today, the Wall Street Journal also revealed that Tim Cook will be making an appearance at the WSJ.D conference in October. The conference brings together tech CEOs, founders, and pioneers to “explore the most exciting tech opportunities emerging around the world.”

This will mark the second consecutive year that Cook has spoken at the conference. Last year, Cook commented on an array of topics, including Apple Watch and Apple Pay. This year’s WSJ.D conference will take place from October 19 through October 21 at The Montage in Laguna Beach, California.