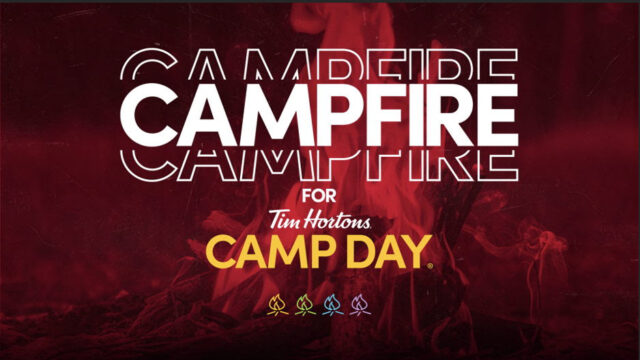 Starting at 2 PM ET/11 AM PT, FaZe Replays, FaZe Proze, and Thiefs will be streaming a game of their choice on Twitch. All three streamers will be participating in challenges that harken to lessons learned at Tims Camps. Additionally, each player will be donating the Twitch “Bits” earned on stream to Tim Hortons Foundation Camps in Canada. All three streamers will be matching Bits earned with a dollar amount to donate to the fundraiser as well.

“Many of the young people we support have never had the opportunity to experience camp or travel outside their city or town. Our multi-day, overnight camp experiences are uniquely powerful in quickly building critical skills in youth, and strengthening social ties and community connections that can help youth better cope with challenging circumstances,” said Graham Oliver, a Tim Hortons restaurant owner and President of Tim Hortons Foundation Camps.”

This year, customers can purchase a hot or iced coffee in-store or via the iOS and Android app for pickup or delivery. Proceeds from the Tim Hortons Take 12 order are also donated. This order includes 12 small coffees along with cups, dairy and sweeteners.

Additionally, Tim Hortons will be selling a Camp Day bracelet for $2 in one of four vibrant colours. A new item this year is a pair of red and white camp-themed socks, which is available for $5 with net proceeds going directly to Tims Camps.

Just ahead of HBO’s highly anticipated premiere of Game of Thrones prequel series House of the Dragon, a new House of the Dragon: DracARys augmented reality app has been released to download for iOS and Android. Available in English and French, the app offers an immersive, free-roaming AR experience, and allows fans to hatch and raise their own...
Usman Qureshi
2 hours ago

On Monday, Bell Media announced veteran CTV news anchor, Lisa LaFlamme was being let go by the company. Coinciding with Bell’s announcement, LaFlamme broke her silence in a final “sign off” on Twitter, a video that has since racked up 3.8 million views. Her firing has made international headlines in the past 24 hours. LaFlamme,...
Gary Ng
2 hours ago

According to a CTV News report, a coalition of Chambers of Commerce representing border communities is calling on the federal government to scrap the ArriveCan app requirements for travelers crossing the border. A Statistics Canada report shows U.S. visits through land ports are still down significantly across the country. The border-city mayors are therefore also asking...
Usman Qureshi
2 hours ago