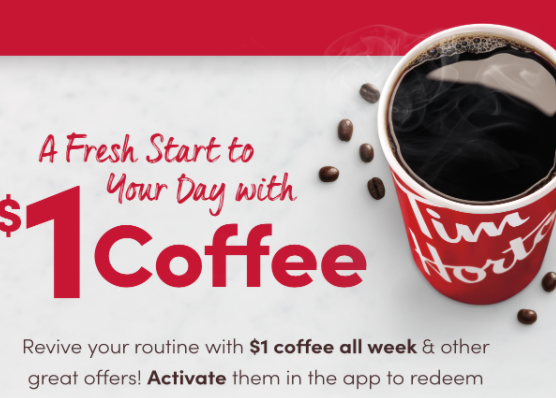 If you’re a fan of Tim Hortons, the coffee chain’s mobile app has an offer for $1 coffee all week and also $1 Timbits (10 multi-pack).

“Revive your routine with $1 coffee all week and other great offers! Activate them in the app to redeem,” explains Tim Hortons.

In June, the Tim Hortons mobile app for Android was found to tracking the background location of older devices, but the app has since been updated to fix the so-called bug.

You can find these $1 offers within the Tim Hortons mobile app on iOS and Android.