Pokémon GO is the latest trend right now and being associated with the game can pay dividends for businesses, if they play their cards right.

One Tim Horton locations somewhere in Calgary created their own unofficial Pokemon GO donut, with icing to make it look like a Pokéball.

The donut was spotted by JD Lewis, the morning show host from CJAY 92. His tweet below shows a delicious-looking custom strawberry vanilla donut, which looks exactly like those balls you hurl towards Pokémons. 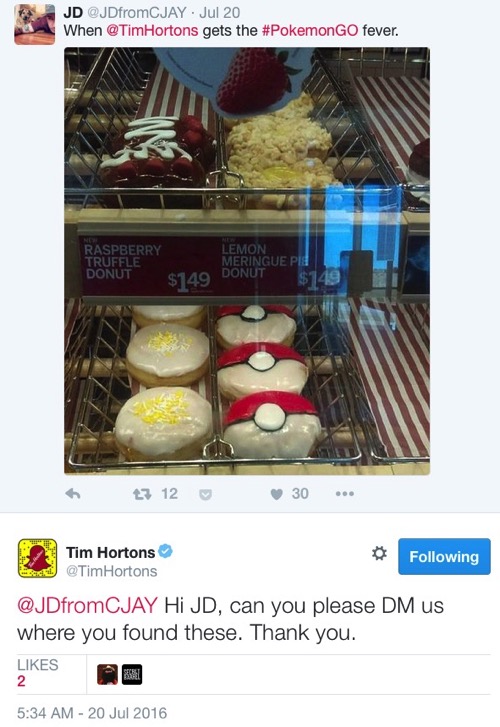 Interestingly enough, the official @TimHortons Twitter account found the tweet, and responded asking him to direct message where he found the unofficial donuts. JD responded with “…is someone in trouble?”

His Twitter poll asking “Do I snitch?” resulted in 90% of votes favouring “NO! Snitches get stitches.” So it appears followers believed JD did the right thing, and kept his mouth shut—because yes, snitches do get stitches. #gottacatchthemall #weredoomed

Samsung and LG are gearing up to start mass production of displays for Apple's first OLED iPads, according to a report from the South Korean publication ETNews (via MacRumors). The information comes from Ross Young of Display Supply Chain Consultants, a well-known industry analyst. According to Young, both South Korean display manufacturers will produce "hybrid" panels for...
Nehal Malik
29 mins ago