Apple has updated its App Store review guidelines to include a rule that specifically targets Apple Watch apps. The change was noticed by 9to5Mac, and developers say it was enforced during the WatchKit submission process but only went “official” today. 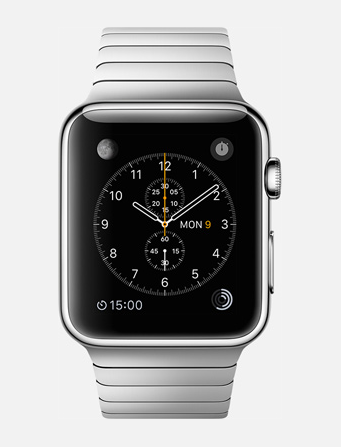 Under chapter 10, “User Interface,” developers will find a new entry, 10.7, which says “Watch apps whose primary function is telling time will be rejected.” This rule corroborates Gruber’s forecast: Apple doesn’t want to give up the watch face to developers. Considering the effort, the countless hours put into the 10 watch faces currently available for the Apple Watch, and the new rule, you can forget about custom watch faces anytime soon.

But this should not come as a surprise, because even after eight years of iOS, Apple doesn’t support third-party lock or home screens — Gruber reminds us.

Anyway, you may recall the emphasis on the incredibly accurate time-telling function of the Apple timepiece, so it’s obvious that the company is aiming to maintain strict control simply because it wants to live up to its own standards.

Apple's VP of Platform Architecture and Hardware Technologies Tim Millet and VP of Worldwide Product Marketing Bob Borchers recently sat down for an interview with TechCrunch where the pair talked about the tech giant's homemade M-series chips, gaming on Macs with Apple silicon, and more. Millet, who has been at Apple for almost 17 years and...
Nehal Malik
56 mins ago