Apple introduced AirDrop WiFi ad-hoc service in Mac OS X Lion 10.7 that allows users to exchange files between Macs without the need of a Wi-Fi network or any configuration. While the feature is fairly simple to use via the OS X Finder, folks over at OSX Daily have pointed out that using AirDrop is now easier than ever with OS X Mountain Lion where users can transfer files through AirDrop straight from a Quick Look window. 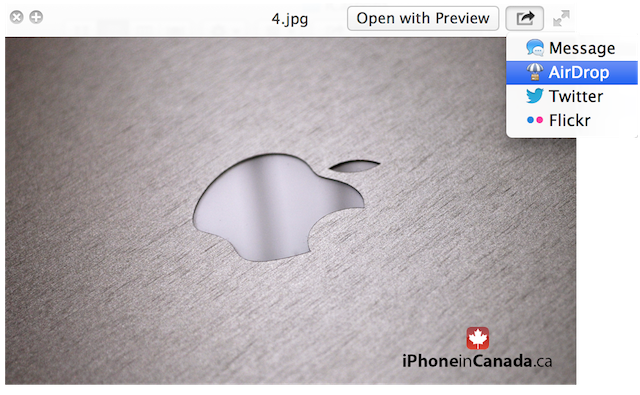 See how quick ‘n easy it is to AirDrop any file in OS X Mountain lion:

Similarly, you can quickly iMessage or even Email a file on your Mac computer right from your Quick Look window in OS X Mountain Lion.