Apple’s iPod Event is scheduled for today. That means new iPods will be coming our way. As for what exactly will be released, that’s up for debate. Apple is known for keeping their leaks to a bare minimum.

What Will Be Released Today by Apple?

Rumors over the past couple of weeks have led us to believe the following items will be coming:
– iPod Touch and iPod Nanos with cameras
– iTunes 9
– iPhone OS 3.1
– Cocktail multimedia album format
– Beatles on iTunes (the Beatles also have a major announcement today) 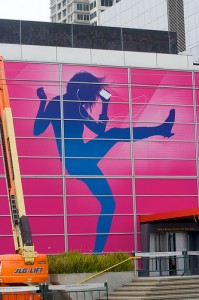 John Gruber from Daring Fireball revealed what he has been told about the upcoming event. He states that since Steve Jobs has returned, leaks of what to come have been non-existent. Here is what he revealed:

Take what you want with a grain of salt. We know Apple will state how iPod/iPhone sales have been best ever this year, and that iTunes continues to dominate online music sales. We might see the return of Steve Jobs, and if he does I’m pretty sure we’re going to be in for some pretty good surprises.

What do you think will be released today?