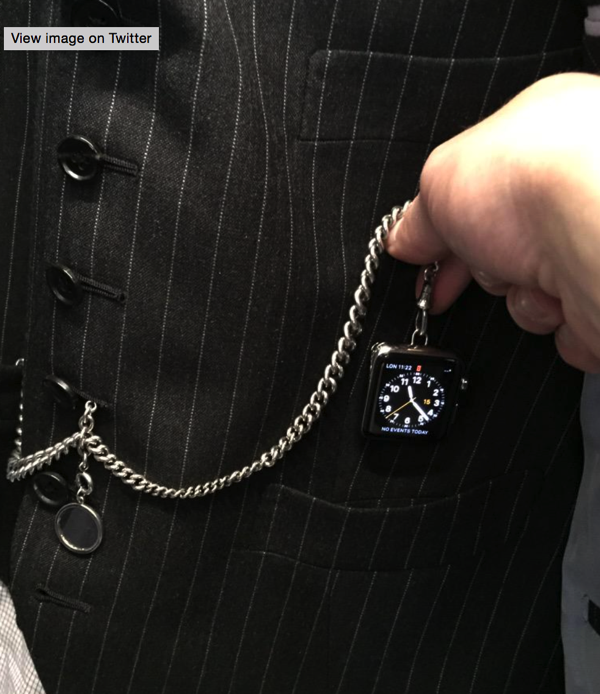 While unveiling his Spring 2016 collection this week in London, leading fashion designer Tom Ford showed off a special Apple Watch accessory i.e. a hook that slides into the the watch’s top band slot, turning the Apple smartwatch into a chic pocket watch with a chain (via CultofMac).

While the fashion designer’s newest fanciful dinner jackets drew in a flock of celebrity, the Apple Watch made a surprise appearance in the ready-to-wear collection. Rather than designing a fashionable Apple Watch band, the forward-thinking designer bridged Apple’s timekeeping accessory to the past by turning it into a pocket watch attached to a chain.

The source notes that there’s a metal piece to fill in the bottom opening as well. Of course it’s not completely practical as the Apple Watch won’t be able to measure the heart rate, and will require PIN code entry each time you want to check notifications. However, just using the smartwatch as a fashionable time piece seems to work fine, at least for a guy like Tom Ford. 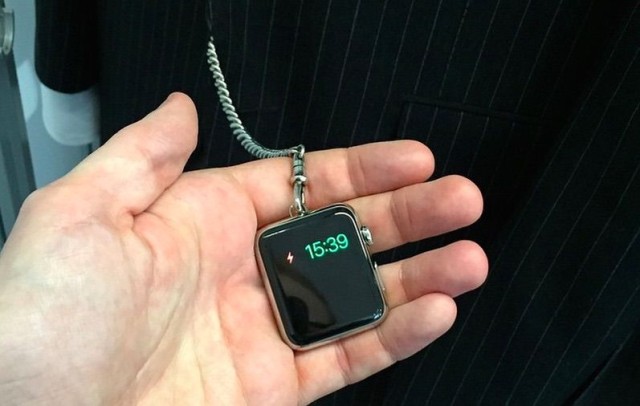